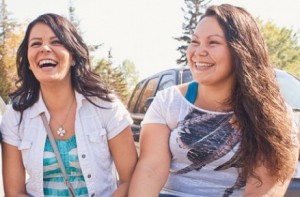 A new report by University of Saskatchewan economist Eric Howe shows just how much Saskatchewan’s economy could gain by closing the Aboriginal education gap. Howe explains that higher education causes earnings to grow, so if Aboriginal Canadians were to become as highly-educated as non-Aboriginals, the province would increase its economic output by $90-billion. “To put this into context,” writes Howe. “The total production of potash in Saskatchewan back to the start of the industry is… four?fifths of $90 billion.”

That said, academics often argue about how much education increases economic output. Some think gains in human capital (better skilled workers) have a large impact on economies. Others argue that credentials don’t increase employee performance much, but instead act mainly as “signals” to employers about who is likely to succeed. (To learn more see the book Academic Reform.)

Either way, it’s clear is that post-secondary education improves people’s skills to some degree. That means  most of Canada stands to gain economically from improved educational outcomes among Aboriginal Canadians. In fact, university presidents know this well and are working towards it.

To learn more about how universities are embracing the Aboriginal baby boom, read Success, one student at a time from the Maclean’s University Rankings, on sale now.