Why these narcissistic self portraits have to go 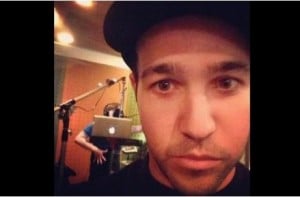 I bet you’ve done it before or at least tried. Don’t worry, you wouldn’t be the only one. It seems that almost everyone does. Even Rihanna encourages it. But I think you should be a little ashamed. I’m talking about the “selfie”—that awkward photo that people take of themselves. Camera in hand, arm extended as far as it goes, head tilt, serious eyes and a pursed lip. Click. I’ll bet about 15 tries later you’re satisfied with one, and with a click of a few buttons you’ve uploaded it to all the social media platforms you’re connected to.

Check out this selfies Storify including Clinton, Hadfield and some ripped guys in Montreal.

Last week, Anna Maria Tremonti discussed the selfie revolution on CBC’s radio show The Current. She had three guests—all writers—each with a very different opinion. Tremonti asked whether taking selfies is empowering, narcissistic or just fun. The first guest, Sarah Nicole Prickett, not only likes and takes selfies; she said that they should be considered another medium of art and photography. She added that because 20-somethings are having a tough time getting jobs, they have no choice but to sell and brand themselves. Selfies just happen to be a part of that.

Tremonti’s second guest, Andrew Keen, described them as an “extreme form of narcissism” and that people who take them are trivializing and embarrassing themselves. Author Hal Niedzviecki said that our society today is founded on pop culture and narcissism, and that selfies are the result. He said the question isn’t whether it’s morally good or bad, but why people are having the impulse to do this.

I did some research myself by logging onto social media platforms. I was surprised, intrigued and, I’ll admit, a little judgmental. On Instagram, over eight million photos showed up—all kinds of people in what are mostly awkward poses. After checking out the photos, I came to the conclusion that there are three different kinds of selfies:

1. The “Have you no shame?” selfie. This one is the worst and consists of mainly girls making kissy, pouty or “sexy” faces to the camera and/or exposing parts of the body that one usually keeps covered, and bathroom mirror shots and photos of mostly guys at the gym. Some of the photos had a slew of “positive” comments, but that depends on what kind of attention you think is positive.

2. The “I know it’s ridiculous but I’m doing it anyway” selfie. These ones are funny because the photo is accompanied by a caption like “embarrassing selfie” or “selfies are awkward,” yet they are posted anyway. These people really just can’t help themselves, I guess. This falls under Niedzviecki’s category—we must question what it is that makes people feel that they need to do this. Is it because it’s what everyone else is doing? Or do they really want their Internet friends to know that they’re bored in their car? And why are so many selfies taken in cars?

3. The “I am doing something cool and want to show you” selfie. If someone is travelling alone and wants to take a photo of themselves beside the beautiful waterfalls in, say, Thailand, then maybe a selfie is justified. But I’m sure there is another tourist nearby who would be happy to have taken the photo instead. When people start showing their new outfit, holding up their Starbucks cup or pouting and complaining about how tired they look in their selfie, it starts to confuse me.

I considered taking one of myself to see what the craze is all about, but I just couldn’t bring myself to do it. I couldn’t take myself seriously, so I suppose I owe some credit to those who are completely OK with taking selfies. Whether you think selfies are narcissistic, empowering or nothing more than fun, it does speak to the way our culture and society views privacy, self-promotion and self-esteem. Is it healthy to love yourself that much? I’m not sure; confidence is a tricky thing.

Angelina Irinici studies journalism at Ryerson. This story was published in The Ryersonian.