And today’s lesson is… 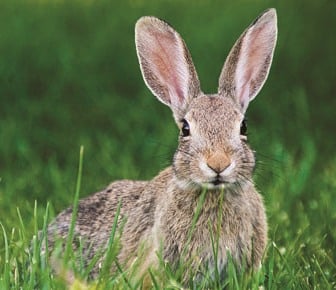 In the town of Ratekau, what started as a fifth-grade demonstration of where meat comes from—and how it was prepared in the days before refrigeration—ended with outraged parents, upset kids, and a denouncement from state officials. As part of a curriculum unit on how people lived in the Stone Age, one parent (a farmer) volunteered to slaughter a rabbit for the class. Teachers voted in favour, but apparently didn’t inform parents or the principal. Some fifth-graders launched a petition to save the rabbit, but teachers seem to have ignored them. “One can’t collect signatures against a math test either,” one told the newspaper Lübecker Nachrichten.

In the end, 50 students voluntarily gathered in the school courtyard. They said goodbye to the rabbit; the farmer then hit it with a hammer, slit its throat, gutted and skinned it, and hung it to drain. It was later grilled and consumed. Parents complained, leading the state’s Education Ministry to denounce the slaughter as “educationally problematic.” “My point wasn’t to show children death,” the farmer told Der Spiegel. “We wanted to demonstrate that killing animals involves taking on responsibility.”