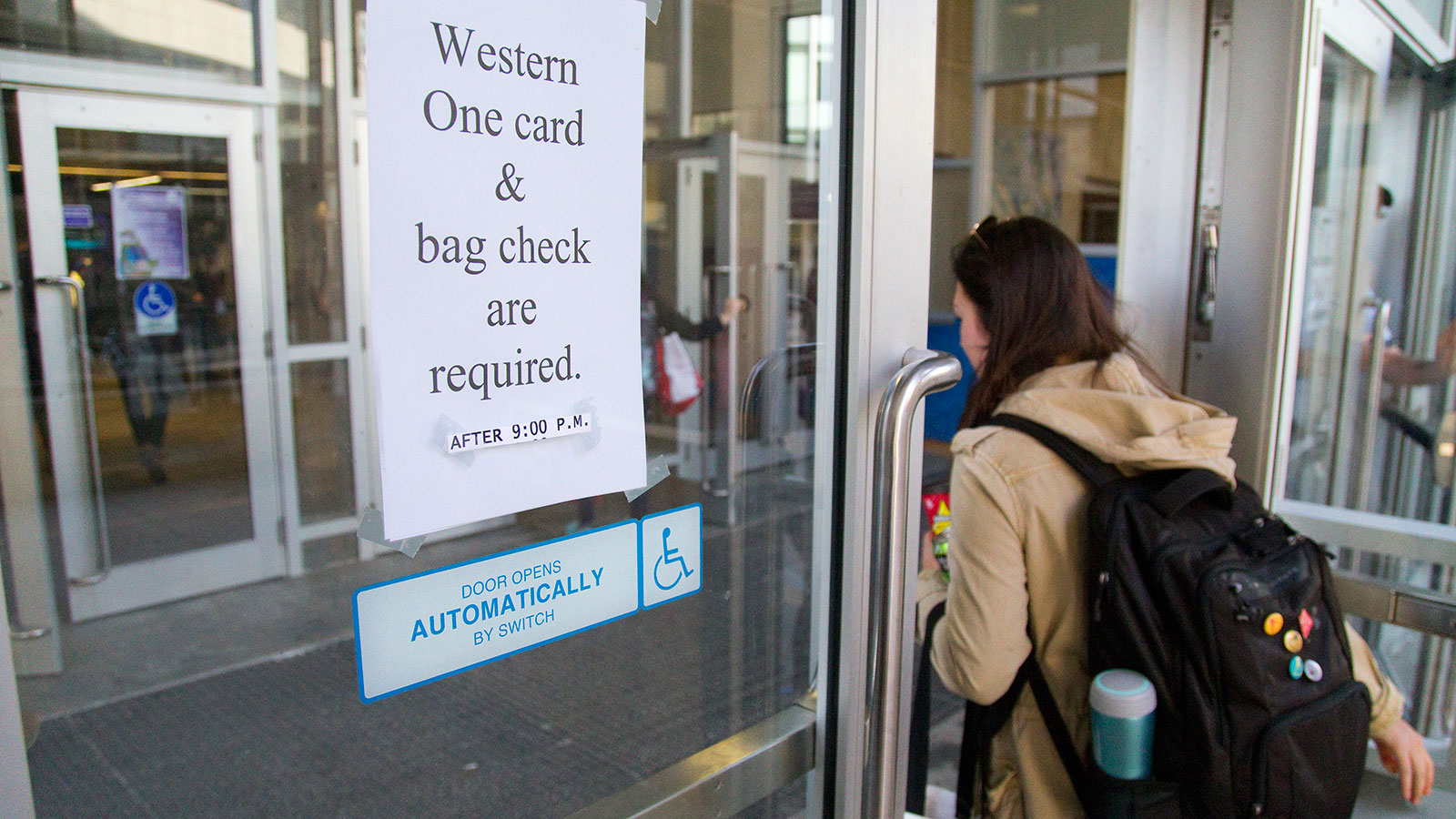 There are a few must-have tools every student needs to survive final exams: a 2B pencil, a sturdy eraser and a bottle of Bacardi rum.

Wait, that can’t be right? Are students really boozing their way to straight B’s?

The London Free Press wrote about a new security regime in Western University’s libraries this week and explained that the ID and bag checks are in place because of a “secret boozing” circuit in Western’s largest library, D.B. Weldon, during exams. Because of the high pressure in April, Weldon stays open 24/7 to allow students to cram until the sun comes up—if they submit to bag checks after 9 p.m.

But is drinking in the library really a widespread problem? Last time I checked, shotgunning a beer wouldn’t help anyone understand Marxist economic theory. In reality, students who remain overnight are there because they’re trying to excel academically. During this demanding time students want exam tips—not to be tipsy.

So where does this idea that so many students are getting drunk between the stacks come from? I think it’s based on unfair stereotypes of Western.

Searches are in place partly due to Weldon’s strict rules against bringing in food, which could damage the collections. While Western officials told the Free Press that alcohol was “part of the reason” for security checks, it’s not hard to imagine why else a university would want to make sure those entering the library late at night are actually students.

I don’t doubt some have boozed in the library, but the fact that the Free Press trumped up the alcohol angle may have to do with the lazy discourse that’s arisen around Western being more of a “party school” than a serious place. But if it wasn’t a serious place, how does it attract a first-year class with an average entering grade of 88.2 per cent, higher than at the University of Alberta, University of Toronto and McMaster University?

Two years ago, a St. Patrick’s Day riot had the country watching not just London but Western. Many students, including me, were called by concerned relatives and asked if the street fire had damaged any campus buildings. What people seemed less concerned to know was that the riot took place far away, next to Fanshawe College, and it was mostly college and high school students arrested.

I understand that it’s easier to fall back on stereotypes than it is to invest time and effort into seeing what a school is really like, but false assumptions can be dangerous.

Those who choose to stick with dated stereotypes of what life is like at Western because of the Weldon bag checks may need to check themselves.

Kevin Hurren is Opinions Editor of The Gazette.