University of Toronto researchers among this year's winners 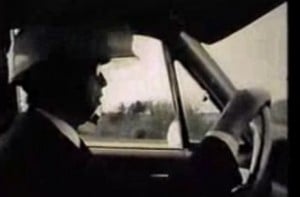 Researchers with Canadian connections won awards at the annual Ig Nobel Prize ceremony for their “improbable research.” They’ve simultaneously proven that research can be fun—and funny.

John Senders, Professor Emeritus of Industrial Engineering at the University of Toronto, won the 2011 prize in the “public safety” category for “conducting a series of safety experiments in which a person drives an automobile on a major highway while a visor repeatedly flaps down over his face, blinding him,” as seen in this YouTube video from 1967. In it, Senders notes calmly that “the shorter the interval between looks, the more difficult that section of road is to drive,” as he speeds down a Boston highway with his view increasingly obscured.

Although there isn’t a Canadian connection to this year’s medicine prize, it’s worthwhile research for all students to know. Two international teams won for “demonstrating that people make better decisions about some kinds of things—but worse decisions about other kinds of things‚ when they have a strong urge to urinate.” That research is from two papers, Inhibitory Spillover: Increased Urination Urgency Facilitates Impulse Control in Unrelated Domains and The Effect of Acute Increase in Urge to Void on Cognitive Function in Healthy Adults.

The awards were presented Thursday evening at Harvard University by real Nobel laureates. It’s easy to see why Nature calls the ceremony “arguably the highlight of the scientific calendar.” Congratulations to all.