Millions could be generated by taxing marijuana 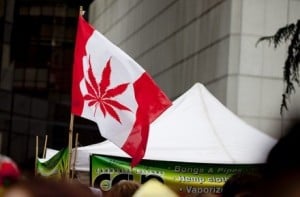 It’s a bounty that almost does grow on trees.

A new study has rung in British Columbians’ pot purchases at about half a billion dollars each year, leading its pro-legalization researchers to argue current laws mean the province is missing an opportunity to harvest tax revenues.

“What’s important is to get a sense of how many people are using marijuana in B.C., and how much they’re using, and how much that’s worth,” said Dan Werb, the study’s lead author and co-founder of the International Centre for Science in Drug Policy. “That data drives policy.”

The study comes as part of a growing campaign of health, legal and law experts to persuade politicians in B.C. to look at alternatives to the current system they argue fuels gang violence and does nothing to reduce drug use.

The campaign has gained momentum after Washington State and Colorado voted earlier this month to legalize, sell and tax marijuana, and the study’s researchers are already watching lessons from the incoming implementation.

Using data from Health Canada and the Centre for Addictions Research of B.C., the researchers found the population of marijuana users to be about 366,000 and the retail cost to be about $7.50 per gram.

They used data about how often and how much is used in conjunction with those figures to determine the size of the illegal provincial market.

“But what it does is lay the groundwork and points to a few ways policy-makers could start looking at tax revenues,” Werb said.

He cited government data from Washington State, which lays out the fiscal impact of the marijuana ballot initiative, and noted the population of weed users in B.C.’s neighbour to the south is estimated at 363,000 — a very similar number to B.C.

Initiative 502 puts in place a 25 per cent tax on pot sales, and the government anticipates that starting two years from implementation, the state will bring in tax and licensing revenues nearing half a billion each year.

The coalition contends that B.C., too, could rake in $2.5 billion over five years.

In Washington, 55 per cent of taxes will go to health care, 25 per cent to drug abuse treatment and medication, one per cent for cannabis-related research and the remainder will be general revenue.

“It would allow revenues that are currently being used towards the enforcement of cannabis laws be diverted perhaps towards the organized crime unit or other enforcement interventions that would target higher-level traffickers,” Werb suggested of B.C.

Two economists at the University of British Columbia agree that millions in tax revenues would likely be generated from regulated pot sales, though they suggested caution be taken in estimating the enormity of the windfall.

Prof. Werner Antweiler said economic principles suggest that taking weed off the black market and into a regulated system would lower the overall price of the product — though not its demand — and therefore generate less.

But he also noted the 25 per cent tax created by Washington seems to be at the low-end of what he might expect to see applied to marijuana.

He said that in Canada, taxes on tobacco account for 81 per cent of the retail price — largely to account for high health-care costs associated with lung cancer, and because governments are trying to dissuade its purchase.

He said the result of the tax would be similar to what happens with environmental taxation, which is called a “double dividend.”

“The point of the tax is you get less illegal activity, and some revenue you can do something with,” he said. “It could potentially benefit B.C. taxpayers.”