B.C. teacher gets year in jail for sex with student 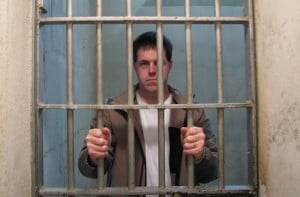 A former B.C. high school teacher will go to jail for a year for having sex with a student, reports the Vancouver Sun. Victor Wiens, 64, pleaded guilty to the charge of sleeping with a minor. He taught the victim social studies at Sutherland Secondary in North Vancouver until a janitor caught him having sex with a girl in a utility closet after class in February 2010, at which point he was supspended.

“He made the absolute worst choice over and over again,” judge Carol Baird Allan told the court, explaining why she gave him a year in jail when the law requires a minimum of 45-days.

The relationship started when, during a hug with the student in June 2008, Wiens ran his hands through the student’s hair and put the other on her back in a sexual fashion, according to an agreed statement of facts. Later that summer, Wiens text-messaged the student about his marital problems and the pair would meet to talk in the park. With the permission of her parents, he took her to theatrical performances and the opera. In November 2009, the relationship progressed to nudity and fondling. The victim’s age was not stated.