Back in the true north 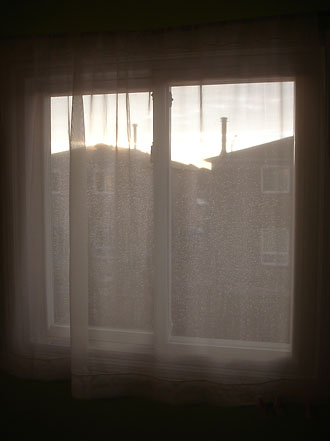 As I sat down to write this blog, I got the chance to practice my Mandarin for the first time since returning to Canada three days ago. Already feeling cooped up in my parents’ house in Markham, I decided to find a café to try and write. One of great Taiwanese past-times is bringing your work and laptop to a café for hours and sitting next to your friend/boyfriend/girlfriend in silence while they do the same thing. In Taipei one of my favourite Sunday rituals was taking a five-minute walk to Café Belgie, in a quiet corner in the Shida night market, and grabbing some Belgian trappist beer while attempting to do my homework. In Markham, I contemplated riding my bike but settled on taking the bus to Green Grotto Tea Room in one of our great suburban plazas. When I walked in, the waiter asked me in Mandarin if I wanted take out or not. I managed to stutter that I would be staying. It took a great amount of effort–partly out of surprise I was being asked in Mandarin and partly in a struggle to remember how to pronounce the word “sit.”

Markham is one of the biggest Little Hong Kong’s of the world. It’s home to Pacific Mall, North America’s largest Asian indoor shopping mall. You can probably get by in this town speaking only a handful of English words–that is if you if you speak Cantonese. So identified are the Cantonese with Markham, they complain about feeling invaded when new ethnic groups (mainland China, Indian, Taiwanese, Tamil) move in.

Green Grotto is across from Metro Square, a mall I have been told is a Taiwanese mall. This meant nothing to me whenever I first heard it. It was just another Asian mall in Markham. Being back here makes me want to seek out all the Taiwanese in Markham and talk to them about Taiwan. Like how most people (local and fellow foreigners) assumed I was Taiwanese in Taiwan, I’m guilty of assuming people in Markham are Cantonese.

I can tell I have already developed that connection to culture you get after living there for a short time. It’s like how every time I meet a Dutch person I can’t let the opportunity pass without discussing the country and my favourite quirks about its people. I can see myself gushing about Taipei in much the same way except in broken and mispronounced Mandarin.

There won’t be much time to make Taiwanese friends, at least here in Canada. Yesterday, I went to the French consulate to apply for my long stay visa. From reading the language assistants’ online forum, it’s unanimous that French bureaucracy is a slow and inefficient nightmare. (When my arrete arrived in Canada back in July I found, after some inspection, some of the documents were dated in May.)

After handing over my documents, I was told that decision would take 10 days to make. After the waiting period, I should email them for the answer. If yes I would have to make another appointment to come in for the visa and if no, well, I guess I will be taking an extended French vacation and a slightly more imminent existential crisis.

The consulate official gave me back my passport with a slip of paper inside with my request number. I asked the consulate official if the wait was 10 business or just 10 days. “Just 10 regular days,” she assured me. I left the office and rode the elevator down to go reacquaint myself with Toronto. As I stood in the lobby putting away my things I took out the slip of paper in my passport. “10 business days.” it said.