It's time to let teens speak for themselves

Can I emphasize “tired” once more? 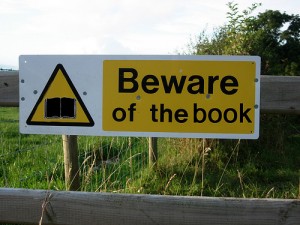 Today (again) it’s To Kill a Mockingbird, the classic (c-can…can I say that?) novel by Harper Lee about 1950s racial injustice in the American South.

The mother of a Toronto high school student has raised concerns about the novel and supposedly wants it removed from the curriculum. If a formal complaint is pursued, the Toronto District School Board will strike a book review committee to decide what to do with the book.

This latest complaint comes after the novel was removed from the reading list of a Grade 10 Brampton classroom, where a student’s mother objected to the text’s inclusion of the “n-word.”

It seems so obvious that these moms are missing the boat—I feel cliché even mentioning it. To Kill a Mockingbird is the type of novel that seduces classroom thematic analysis about race relations. It decries intolerance and invites discussion about gender roles and hegemony. The novel’s value also lies in its timeliness; would Lee have depicted the black characters of the American Deep South the same way if she had written it today, almost 50 years after its initial publication?

I get it, though. Some people find the book offensive and believe there are other novels that will evoke similar classroom discussions.

To that I say: so what? These mommies should realize that their kids are going to face a whole lot more “offensive material” once they leave the nest. I guarantee that Professor X will be unimpressed with mother dearest’s “constructive criticism” on his or her reading list, so why don’t we give high schoolers a head start by letting them learn to speak for themselves?

Unfortunately, mommy’s wrath has come down on more than just Lee’s work. Books that have faced criticism in Canada include Margaret Atwood’s The Handmaid’s Tale, Timothy Findley’s The Wars, Alice Munro’s Lives of Girls and Women and even J.K. Rowling’s Harry Potter series.

I have read all of the above (save Harry Potter, but I did see the movie) and I personally found little to be contentious. But even if I did, I think it is precisely that which evokes the strongest reaction that calls for the most open of discussions. The world is full of real characters—bigots with vices and malevolent schemes (no, this is not a political rant); why pretend like they don’t exist?

I’ll concede slightly; maybe we should keep Pornography: Men Possessing Women and Woman Hating out of the second grade classroom for the time being. But I do think we should let teenagers tackle the tough issues, especially while they’re in a relatively safe environment. After all, a little Boo Radley never hurt anyone.