Being yourself is important... and maybe impossible

Important - and extremely challenging - advice for Freshman (and everyone else) 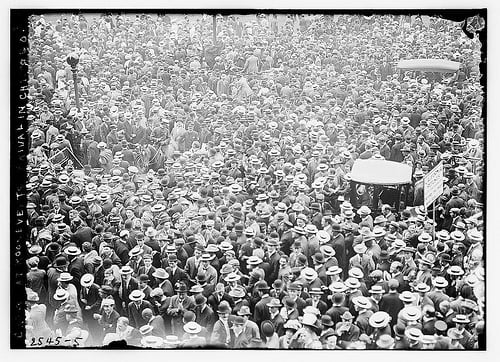 I gave a speech last week to the graduating class of my elementary school. Along with their teachers and principal, I imparted to them the best advice I could as they enter high school, a big, scary place full of countless insecure kids trying to fit in and be “cool.” Don’t conform, I said, be yourself: it’s the only option anyway.  Get involved in something you’re interested in, I encouraged; you’ll meet interesting people and enjoy good experiences!

Afterwards, I realized that this advice is actually just as pertinent for graduating high school students entering university. I think this realization probably came about as my entire family gives me pretty much the same suggestions. And the more I think about it, the more important these suggestions seem. I like to consider myself pretty independent and therefore largely free from the influence of peer pressure, but it turns out that such pressure is often subconscious and therefore beyond our control.

In the 1950’s, a psychologist named Solomon Asch conducted an experiment in which he asked a group of 6 people to pick one of three lines displayed on a screen that was the same length as a line on a card they were given. Obviously an easy task, everyone quickly agreed on the correct answer – every time. But when 5 of the people were secretly told to intentionally choose the wrong answer, the last person went along with their obviously incorrect response nearly one-third of the time!*

This experiment illustrates how willing people are to conform to a group – even when they can obviously see that the group is wrong. There is even recent research suggesting that in these instances people are using the perceptual part of their brain, indicating that if other people appear to see things one way, we might actually see them that way too and not just be saying we do.

That’s a bit of a scary thought for anyone, especially those entering a new, unfamiliar phase of life, be it high school, university or a new job. It should encourage all of us to stay keenly aware of how our behavior is affected by others. The implications are greater than you might expect…

*From Nudge by Richard Thaler and Cass Sunstein (2008).