What students are talking about today (April 16th) 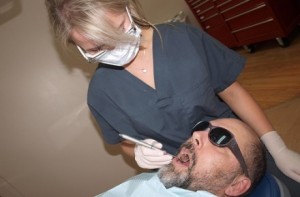 1. Canadian Business has published its annual 50 Best Jobs list, which is based on 2012 median pay, past growth and projected growth. The list includes some obvious titles—number one is ‘oil & gas drilling supervisor” and there are also three types of engineers in the top 10 alone. But there are also some less obvious jobs in the top 50, like dental hygienists, 18th on the list and with an average salary of $70,000 last year. In addition to the best jobs, CB also offers lists of worst jobs and the top 10 jobs by projected demand in 2020.

2. McGill University is considering shutting two libraries to deal with budget cuts. The Faculty of Education’s Library and the Life Sciences Library, used by medical students, could be merged with another library. “We have to consider everything,” Dean of Libraries Colleen Cook told CBC. A Facebook page titled Save the McGill Life Sciences Library from closure has 1,487 likes.

3. It’s tax season and plenty of university students won’t bother to file because they assume there’s no good reason. But there are excellent reasons to file, even for those with no income. Doug Morgan, a Nova Scotia tax professional, told me that students with low incomes can expect four $65 GST credit cheques annually. There are also tax credits for tuition, textbooks, transit passes and up to $5,000 of those can be transferred to parents, who are more than happy to have them.

4. Students in British Columbia will be go to the polls May 14. Most will choose between Premier Christy Clark’s Liberals and Adrian Dix’s New Democrats. The B.C. Liberal platform, released Monday, includes two things of particular interest to students. The Liberals would hold a referendum on new revenue sources for transit, which could help build the subway line to the University of British Columbia. The Liberals would also stick with the tuition increase limit of two per cent per year. Michelle Mungall, the NDP’s Advanced Education critic, indicated recently that her party would spend $100 million on needs-based student grants while also keeping the two per cent cap. In other words, it looks like tuition won’t rise or fall much in British Columbia regardless of who’s elected.

5. Students at Western University are talking about the study space crunch during exams season. On the social news site Reddit, they’re sharing their favorite study spots.