Students get drunk, hurt themselves and forget what happened 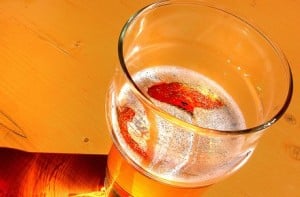 More than half of students got blackout drunk — in other words, they couldn’t remember what happened — at least once in the past 12 months. Seven per cent reported six or more blackouts. That’s according to a new study of 800 undergraduates and 150 postgraduates at North American schools that’s published in the journal Injury Prevention.

What’s worse, the researchers found that more blackouts mean more injuries — a lot more. Overall, 25 per cent of drinkers reported injuries while drunk. That figure increased by 57 per cent when that person had blacked out at least once in the past year and by 300 per cent when they had blacked out more than six times. So, either watch those drinks — or watch out for hazards!