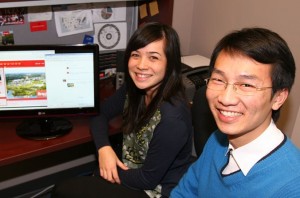 Brock University, known for it’s innovative marketing, is now using Chinese social media sites to recruit. In just eight months, they’ve enticed 16 new students to enroll. That may not seem like a lot, but it is, considering that international undergraduate students pay roughly $15,000* each per year to attend the university and are highly likely to spread awareness of Brock to their peers.

Ken Steele, a marketing expert from Academica Group says  he expects this to trend to grow. “Canadian universities are aware that social media [is] still intensely regional — and since international recruitment is increasingly a priority, international social networks are too,” he wrote in an e-mail to On Campus.

Brock’s program uses Mandarin-speaking students to answer questions from potential students on Renren (think Facebook) and QQ (similar to MSN Messenger). Between the two sites there are 620-million users. Weinjie Deng, 24, was hired part-time to answer questions from Chinese students on everything from tuition fees to social life in St. Catharines. “They’re all surprised we’re on (the sites),” he told the Brock News. But it’s working. In less than a year of the program, more than 1,600 Chinese students have expressed interest in Brock. Up next, Brock plans to start recruiting on Orkut, a social site that has 100 million users, mainly in India and South America.

Photo courtesy of The Brock News
* An earlier version of this article incorrectly stated the international tuition fees.
FILED UNDER: recruitment