What students are talking about today (April 2nd) 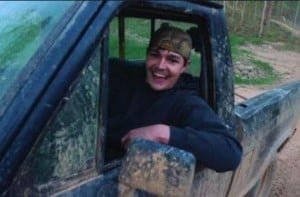 1. The star of the MTV reality show Buckwild has died. Shane Gandee and two men, also dead, were last seen leaving a local bar in the rural town of Sissonville, West Virginia. They told bar patrons they were going to drive their truck off-road, a sport known as “muddin'” among the country-loving college-aged kids followed by MTVs cameras. The gossip site TMZ reports that carbon monoxide poisoning is being explored as a possible cause of death and that Gandee’s truck’s exhaust pipe may have been blocked by mud.

2. Twenty people, including some students, were displaced by a fire that destroyed two townhouses and damaged a third near York University on Monday, reports CBC News. York administration offered those affected by the fire temporary shelter.

3. Students at Carleton University are voting on whether to stop their student union from automatically collecting a student fee for the campus chapter of the Ontario Public Interest Research Group (OPIRG), a left-wing activist group. “While it is one thing to silence opinions, it is another thing to force opinions onto others,” writes Ian CoKehyeng, president of the club Carleton Students for Liberty, in The Charlatan student newspaper. “The funds from the levy are used to subsidize opinions which students may not necessarily share,” he adds. He’s got that right. PIRGs have long been controversial for organizing Israeli Apartheid Week and more recently for promoting the anti-tuition movement in Quebec. CoKehyeng writes that the levy takes advantage of uninformed students who don’t know they’re paying it or that they can opt-out with added effort. He tries to appeal to liberal students by getting them to imagine the anger they’d feel if their money was spent on socially conservative causes like pro-life groups. Meanwhile, the activist website Rabble.ca says students should vote to keep the levy because, they say, it does good work. Other campuses, including Queen’s University, have voted to drop mandatory PIRG fees.

4. A student writes in The Concordian that, “Montrealers live life dangerously.” Verity Stevenson is talking about the poor infrastructure that has resulted from decades of apparent corruption at city hall and in the construction industry, which has come to light most recently in front of the Charbonneau commission. Recently there have been sinkholes at the airport, a flood that whisked at least one person down a street near McGill, a 25-tonne slab of concrete that fell onto the highway and, most seriously, an overpass collapse that killed five people in 2000. It’s no joke.

5. Waterloo students are excited about the prospect of two bicycle sharing programs proposed in the region, reports The Cord student newspaper of Wilfrid Laurier University. Bike-shares usually offer memberships for up to a year or for as little as a day that allow access to bikes at a network of stations. Toronto, Montreal and Ottawa are among the cities with bike-share programs.