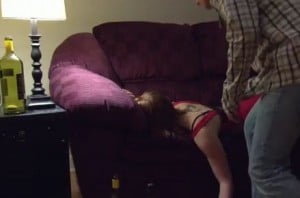 The University of Calgary Debate Society is blaming the cancellation of an upcoming debate on “poor wording.” They advertised an event on Facebook earlier this month that stated the debaters would discuss whether to “hold women partially accountable for rape prevention.”

Students complained. The event was cancelled.

“People do often debate things they don’t necessarily believe in,” the society’s training co-ordinator Pardeep Dhaliwal told Metro Calgary. That much is true—debaters frequently argue about absurd things. And it wasn’t intended to be offensive. In fact, the debate was planned in conjunction with the Calgary Sexual Assault Voices, which has been part of the Don’t Be THAT Guy campaign, which has targeted young men with ads that say things like “Just because she’s drunk doesn’t mean she wants to f**k.” and “sex without consent = sexual assault.”

The suggestion that women are responsible for sexual assaults against them by dressing provocatively provoked a world-wide movement earlier this year. Toronto students organized the first of many “SlutWalks” by parading around town in skimpy clothes to remind the public that women are free to wear whatever they want without putting themselves at risk of sexual violence. The protest was organized after a Toronto Police officer suggested that female students put themselves at risk by dressing like “sluts.” The comment was made during at talk at York University in January. The movement spread as far as New Delhi, India where hundreds marched in July.