Toronto, McGill and UBC in top 25 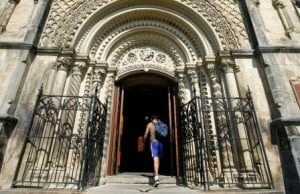 The University of Toronto

Our universities’ reputations outshine those in most other countries, especially when our relatively smaller population is considered.

Among the top 25 (which includes two ties) fifteen are located in the United States, four are in the United Kingdom, two are in Japan, and there is one each in Singapore and Switzerland.

Harvard University, the  Massachusetts Institute of Technology (MIT) and the University of Cambridge took the top three spots.