You won't guess who's upset 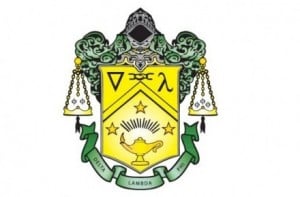 McGill University has a new fraternity and it’s facing criticism from a surprising corner.

On Saturday, Delta Lambda Phi (DLP) became the first Greek society in Canada that markets itself to “gay, bisexual, and progressive men.”

But while the members report no homophobia toward them, they told the Toronto Star that they’ve faced criticism from activist group Queer McGill. Elyse Lewis of Queer McGill says that by reserving itself only for “men and those who identify as men,” the fraternity implies that transgender men aren’t real men.

Michael D’Alimonte, president of DLP McGill, told Xtra that he hopes to resolve the situation. The fraternity will fill a void, he says, because LGBT groups on campus are too political and don’t provide enough social events. DLP McGill also fundraises for queer youth charity AlterHeroes.

DLP was founded at Washington University in 1986 and it now has 28 chapters.