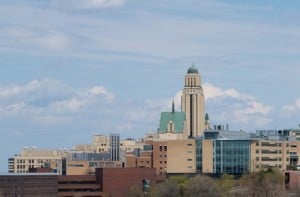 Eighteen Canadian universities are in the Times Higher Education’s Top 400 Rankings for 2012, the same number as in 2011. But take a look at the schools’ positions in last year’s Top 200 Rankings (in parentheses) and you’ll see that more Canadian schools improved this year—some greatly—than fell in rank.

The U.S. dominated once again with 18 of the Top 25 universities, compared to four for the U.K., two for Canada and one for Switzerland.

You’ll notice that big schools with huge amounts of research funding dominate the list. That’s because research and citations account for 60 per cent of the marks. For a fuller ranking of Canadian schools, click here for the Maclean’s 2010 Rankings or pick up a copy of our 2011 Rankings, out on newsstands in late October.