Does your university fall in the World Universities Top 500? 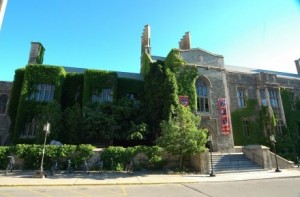 The Shanghai Jiao Tong Academic Ranking of World Universities (ARWU) is well-respected, mainly because the annual Chinese study uses six objective criteria to compare schools. The rankers consider every university in the world that has at least one Nobel Laureate, fields medalist, highly-cited researcher or researcher published in Nature or Science. Indeed, those criteria make up most of their methodology, which can bias the rankings toward science-intensive, anglophone schools.

The study also reaffirms the University of Toronto’s place as global research powerhouse. No school from Australia, France, Germany, China, Israel or Scandinavia beat the University of Toronto, which is at number 26. In the Top 25, the U.S. has 20 winners, the U.K. has three. Japan and Switzerland have one each.  Here’s a list of the 23 Canadian schools that made the Top 500.