Canadian students pay too much for textbooks 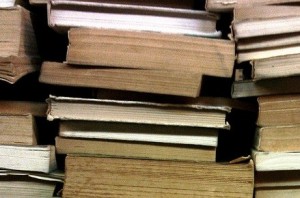 You don’t hear much about the cost of post-secondary education dropping, but here’s one area where students should be spending less money than ever: texts. I’d say textbooks, but that’s just it–the costly hardcover textbook’s day is all but done. Ditto the cumbersome photocopied course pack. A slew of cheap and free options are available to a professor assembling a syllabus.

There’s Open Access, a growing international movement to forego the price-gouging of the academic publishers and publish peer-reviewed scholarly works as freely available material. There’s the ever-expanding public domain. There are millions of high quality essays and articles freely and legitimately posted online. There are affordable subscription-based databases and collections. There’s Google Scholar to sort through it all. And there are fair dealing exceptions to Copyright, which will be extended to educational uses as soon as this summer.

Add it up, and students should be enjoying some much needed relief when it comes to the cost of study materials. But instead, they’ll likely be paying more than ever. The Association of Universities and Colleges Canada, representing dozens of our top schools, have just signed the most expensive copyright licensing deal ever offered to them by the collection group Access Copyright.

My colleague Luke Simcoe wrote about the deal last month, when the University of Toronto and Western took it.  He described Access Copyright as a private entity of questionable value to our post-secondary institutions; a group that ridiculously claims the ability to license the act of hyperlinking, which it bafflingly equates to photocopying, and a group that has chosen to suddenly raise their fees by 800 per cent. Users who appear to be Access Copyright’s board members attacked Luke and his article in the comments section, in several cases without stating their affiliations. Luke’s characterization of the group remains accurate, and I’ll add this to it: although Access Copyright exists to remunerate copyright holders, last year30 per cent of its income went to “administrative expenses.” They spent $2 million on failed lobbying efforts against fair dealing exceptions for educational materials.

The writing is on the wall, free for all to read: scholarly works are more ubiquitous and inexpensive than ever, hallelujah.  A long-overdue disruption to exploitative practices in academic publishing is well underway. Even Harvard University, one of the best-resourced schools in the world, is pushing back hard against journal publishers’ fees and asking its professors to go the Open Access route from now on. Here in Canada, 34 schools have already opted-out of Access Copyright completely, including the University of British Columbia, Queens, Dalhousie and Concordia. So why is the AUCC doubling-down in the opposite direction and signing the worst deal Access Copyright has ever offered?

Easy–it’s not their money. Buried in the tuition fees of Canadian students next year will be tens of millions of dollars in licensing fees that nobody really had to pay. On a per-student basis, it won’t cost much, but overall, it will constitute a massive transfer of wealth from a nation’s debt-ridden youth to a private industry and the collective that represents it.