Where to catch Sloan, Bahamas, Shad, Zeus, F*cked Up... 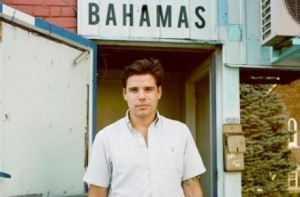 You’ve taken the plastic off your textbooks, lost a half-dozen pens and slept through at least one morning lecture. Yep, school is back in full swing.

The return to the classroom coincides with a big fall music schedule across the country. I’ll be posting regularly to tell you which shows I would check out if I went to your school, plus a few near my own campus, the University of Ottawa. Here are five shows you don’t want to miss this week:

1. In 1994, while many of today’s university students were still learning basic motor functions, Sloan released the critically-revered Twice Removed. Twenty years later, the band is still going strong, touring the country playing the record in its entirety, followed by a second set of the hits. They play the University of Saskatchewan’s Louis’ Pub on Sept. 19. Ticket info here.

2. Western University in London, Ont. continues to welcome back the Mustangs with a multi-day music and recreation festival. Orchestral indie darlings Hey Rosetta! and throwback rockers Zeus play a free show for students in the Mustang Lounge on Sept. 13. More info here.

3. Bahamas’ Afie Jurvanen was known for playing guitar with Feist before breaking through big time with Barchords. Catch him as part of an intimate folk set at Ottawa’s First Baptist Church, backed by the talented duo of Carleigh Aikins and Felicity Williams on vocals and Jason Tait (of Weakerthans fame) on drums. It happens on Sept. 15 Ticket info here.

5. Most wouldn’t consider hip hop’s Shad and indie rockers Plants and Animals to be two peas in a musical pod, but that doesn’t mean the double bill at Dalhousie University’s Student Union Building won’t make for an incredible show. They take the stage together Sept. 15. Ticket info here.

Did we miss a must-see gig? Let us know in the comments!