Where to hear Austra, Propagandhi, You Say Party... 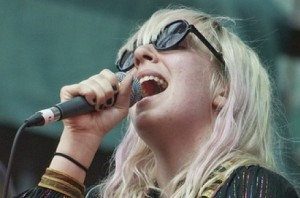 Over the weekend, Sam The Record Man founder Sam Sniderman passed away. But it’s not all sad news this week in music. There are celebrations too. On Monday, Feist took home the Polaris Prize for her record Metals and the parties will continue when Toronto-based Paper Bag Records, notable for breakthrough records by Broken Social Scene, Stars and countless others, celebrates its 10th year with a three-day concert series (see #5.)

3. Back with their first album in three years, the politics-infused punk rockers Propagandhi will take ‘Failed States’ on the road to Montreal’s Metropolis on Sept. 28. Winnipeg’s hardcore rockers Comeback Kid open for the legendary group. Ticket info here.

4. Five members of the Western Canadian Music Alliance will join forces for the BreakOut West festival on Sept. 28 and 29 in Regina. The festival features a conference, awards and more than 50 artists including Rococode, Shuyler Jansen and Slow Down, Molasses. Ticket info here.

5. Paper Bag Records kicks off its anniversary celebrations with three nights of live music at Toronto’s Great Hall starting on Sept. 27. Acts include Luke Lalonde of Born Ruffians, Yamantaka // Sonic Titan and a one-night-only reunion of You Say Party, among others. Ticket info here.