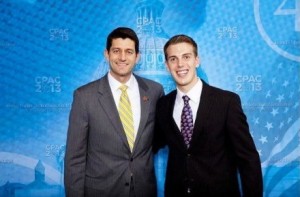 Calls for Cody Boast’s resignation from the Student Federation of the University of Ottawa (SFUO) Board of Administration poured in after students learned this week that he pleaded guilty to criminal harassment. A Facebook group called Cody Boast doesn’t represent me has gained 140 likes already. I’m one of those who clicked ‘like.’

Boast’s case goes back to 2008, when he first got charged with harassment. Since then he’s breached the terms of his probation and repeated the offense twice. According to the Ottawa Citizen’s report, the victims were Boast’s ex-girlfriends. They were subjected to constant calls, text messages and confrontations. One of the girls had nude photos of her posted on Facebook.

In February, Boast ran to sit on the Board of Administration and won his position as a representative of social science students on campus. He became increasingly visible when he wore pink to a gay pride event at a university bar. He was asked to change, his outfit deemed that offensive.

I’m certainly offended, but not by his choice of clothing. Boast’s actions are inexcusable. On a campus where there are many campaigns against harassment, he should have known better. The No Means No and Consent is Sexy campaigns are widely publicized and celebrated, with good reason. The Canadian Federation of Students reports almost one in four women aged 18–24 have been sexually attacked. Having a student politician convicted of criminal harassment against ex-girlfriends is counter-productive, embarrassing and wrong.

Boast was right to resign and issue a public apology to his victims as well as the university community.* But, above all, after Boast is sentenced in April, he needs to not re-offend.

The SFUO would be right to condemn this. Yesterday they put out a statement withdrawing their name from an annual event co-hosted by the U of O and Carleton University because one of the performers, Rick Ross, is infamous for misogynistic lyrics, and the SFUO doesn’t want to be associated with that. This is something they should also distance themselves from.

Cody Boast is a repeat offender. He didn’t stop harassing in 2008 and there’s no guarantee history won’t repeat itself this time around. It would be hard to prevent Boast from offending again if he so chooses, but with students condemning his actions there is one thing the U of O community can do: make sure everyone knows Cody Boast does not represent us.

Jane Lytvynenko is Ottawa editor of Canadian University Press and a regular contributor.

*Update at 3:26 p.m.: This commentary originally called for Boast’s resignation. Shortly after publication, the following statement was posted on his Facebook page:

In light of recent events, I am announcing that I will not be assuming a position as a Student Federation of the University of Ottawa Social Sciences Director of the Board of Administration. As part of an agreement with the courts, I have plead guilty and take full recognition of the serious mistakes in my past, and take full responsibility for my actions. As an individual who campaigned on accountability, I believe this is the right thing to do for this community that I have come to love. Through this, I would like to ask for forgiveness from our community as I move forward and continue to learn and take steps towards changing my behaviour. My sincere apologies and thoughts go out to the women who have been affected by my actions. I will take my direction from these women on how to take accountability in regards to them specifically.