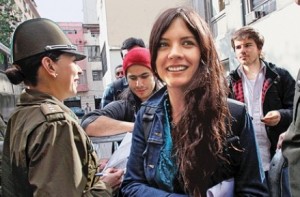 If one were to rank the legacies of the Pinochet era in Chile, education reform wouldn’t likely make most lists. The former dictator devastated his country in many ways. Thousands of his opponents were murdered or simply disappeared. Countless more were tortured or forced into exile. But Augusto Pinochet also radically deregulated the education market, pulling funds from the public sector in the early 1980s and spreading them into a parallel private system. Remarkably, it is that decision that has his country roiling today.

For more than six months, tens and sometimes hundreds of thousands of students have filled the streets in Chile’s cities. Their explicit goal: to overturn the education system Pinochet imposed. Under the Pinochet system, private education flourished while the costs for public education, at the university level, soared. Chilean university students today pay upwards of 80 per cent of the costs of their own education in public and private universities, the highest rate in the OECD. To pay that, many take out crippling student loans. Many lower-income students, products of the poorly funded public secondary system, meanwhile, are shut out of the better universities by dint of poor test scores.

Beginning last Chilean fall, the students began to revolt. They shut down classes, stormed ministries and, depending on who you believe, either provoked or suffered through violent clashes with police. The protests, which featured massive street marches as recently as mid-November, are the largest and most sustained since Pinochet’s rule ended more than 20 years ago. Many have been organized by the country’s most prominent student group, whose leader, Camila Vallejo, has become a minor folk hero in the country.

Vallejo, who stepped down from her post recently to run for re-election, has been remarkably effective at spreading her message. She has over 300,000 followers on Twitter and is capable of massing tens of thousands of supporters with little notice. “She’s very bright,” says Philip Oxhorn, a professor of political science at McGill who studies Latin American politics. She is also striking to look at, something she hasn’t been afraid to use to her advantage. “You have to recognize that beauty can be a hook,” Vallejo told the Guardian. “It can be a compliment, they come to listen to me because of my appearance, but then I explain the ideas.”

Vallejo and other protest leaders come from the so-called “penguin protest” generation, which took over secondary schools in a wave of demonstrations in 2006. (The “penguin” refers to the school uniforms the protesters wore.)

The penguin protesters were focused on secondary school reform. This time, demonstrators are demanding a fully publicly funded university system. But dramatically lowering university tuitions would likely mean significantly increasing taxes. And while the protests have so far been popular with the public, it’s not clear they’d remain that way if it meant everyone paying more. Conservative President Sebastían Piñera has already promised more money for the system and better rates for student loans. It’s not entirely clear how much further he, and the Chilean budget, are capable of going. One thing is clear: if larger reforms aren’t forthcoming, the students will likely be in the streets for months to come.