Educators have bigger things to worry about 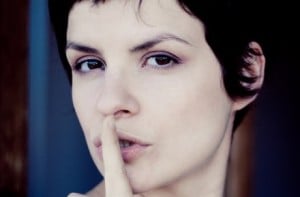 Students looking to spill secrets about crushes or amusing campus escapades have a new outlet on Facebook. “Confessions” pages that post anonymous messages have been popping up at universities, colleges and high schools from Lakehead University to the University of Regina to Western University and as far away as Australia’s University of Adelaide.

The pages are being criticized by educators, who see them potentially leading to cyberbullying if the anonymity is broken. I don’t think they should worry. I think they’re fun, harmless and the risk of names getting out seems low. For the most part, these pages are a much-needed outlet for those wanting to vent or laugh, rather than viciously attack each other. Officials shouldn’t be so worried.

Confessions pages are reminiscent of Post Secret, a popular website that does the same thing. Both allow students to say things they wouldn’t post on personal pages or Twitter. The difference is that confessions pages are specific to certain schools, which may be why they’re getting scrutiny.

Here are a couple examples posted on the unofficial Lakehead page: “I have a massive crush on a redhead that cleans tables at the out post, she makes my day whenever I see her,” reads one. “Every time I drive through construction I have an urge to steal all of the pylons,” says another.

Officials at colleges from Scotland to Australia have asked Facebook to shut the pages down. Facebook told Reuters in March that the pages do not violate their rules so long as the content remains within the bounds of civility. At least one confessions page at a high school in Thunder Bay, Ont. must have crossed that line since CBC News reports it was shut down.

It’s true there’s a need to be careful. If someone found out you posted an embarrassing secret it could look unprofessional. Here’s one example: “I am a senior medical student, and every year at least 10% of my exam answers are actually just guesses based on stuff I have seen while watching ‘Grey’s Anatomy’ and ‘Scrubs’ instead of actually studying. I am the future of your health care.”

But all of us need to rant when we’ve had bad days or saw something outrageous. Sure people will submit negative things, but the pages are moderated and that means especially worrisome secrets can be deleted or not posted in the first place. Trying to shut the pages down is an overreaction.

These secrets would find their way onto bathroom stalls, onto desks as graffiti or onto Post Secret. Condemning anonymous sharing won’t make it go away. Kudos to page creators who found a relatively safe way for students to channel their inner frustrations. Maybe instead of trying to shut these groups down, educators could share their own juicy stories. Or maybe they already do.

Jane Lytvynenko writes for the Canadian University Press and studies at the University of Ottawa.