Profs working in Canada "must have no record of Falun Gong" 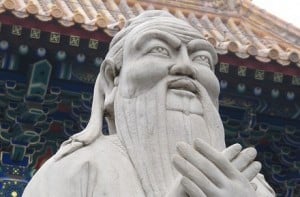 The main CI website says that overseas volunteer Chinese teachers must have “no record of participation in Falun Gong,” a spiritual practice with roots in Buddhism and Taoism. China’s government vehemently opposes the practice and has arrested and killed many adherents, according to Amnesty International.

Barb Pollock, vice president of external relations at the University of Regina, told The Epoch Times that she did not know about the rule, but promised that her school’s agreements with China “have everything to do with academic freedom.” She also said that although teachers are selected by their Chinese partner, Hunan University, “what they teach [here] is our business.”

In June, the University of Manitoba rejected the idea of a Confucius Institute on campus. The University of British Columbia has also declined. But more than 320 exist worldwide, where they offer credit and non-credit courses in language and history.

China says that the funding of CIs—$150,000 initially and up to $200,000 per year after that— is meant to promote cultural understanding. But along with the money, schools have signed constitutions that say that “institute activities must … respect cultural customs, and shall not contravene concerning laws and regulations in Canada and China.”

Terry Russell, an Asian Studies professor at Manitoba, says that such rules compromise academic freedom, because academics are dissuaded from discussing Taiwan, Tibet, Falun Gong, or the Tiananmen Square massacre. That could result in an unrealistically positive view of China among the students who pass through the credit courses they offer in Canada, he says.