Comedians address the class of 2011 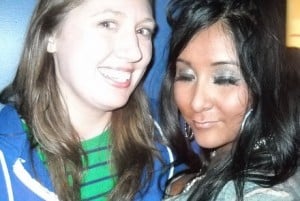 American universities are hiring comedians to give commencement speeches — and it’s getting them noticed by hundreds of thousands of people. Amy Poehler, of Saturday Night Live and Deuce Bigalow: Male Gigalo fame, gave last month’s final address at Harvard University. “I’m truly delighted to be here at Harvard,” she joked. “I graduated at Boston College, which some call the Harvard of Boston.”

Harvard is likely delighted by the 450,000 views that a recording of her speech has received on YouTube. That’s the type of publicity that lesser colleges can only dream of getting.

But not all comical commencement speeches go as well. Some parents of students at Rutgers University were angry when they learned that Snooki, known for her drunken antics on the TV show Jersey Shore, was paid $32,000 for her hour-long “study hard but party harder” message.

Dartmouth University will live stream its commencement ceremony on YouTube next week. That will be delivered by an even bigger star than Snooki or Poehler — Conan O’Brien himself.

Updated: Read the highlights of Conan’s speech and find a link to the video here.