Côte d'Ivoire shuts down its universities

Closed for renovations or revenge? 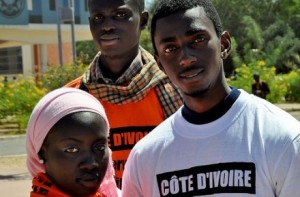 Côte d’Ivoire, a West African nation, has had its two universities shut down by President Alassane Ouattara until at least September 2012, provoking condemnation by human rights organizations frustrated that students will lose even more time.

Côte d’Ivoire has experienced increased instability in recent years following a civil war from 2002 to 2004 and a 2010 election when former President Laurent Gbagbo refused to step down after losing the vote. He was ousted with the aid of French and United Nations troops earlier this year and is now facing justice in the International Criminal Court at The Hague. The fighting caused many lost semesters at the country’s two universities.

Now, Ouattara’s government will close both the Cocody and Abobo-Adjamé universities again, ostensibly to renovate the buildings and reorganize the higher education system to meet international standards. But some Ivorians believe the closure is punishment for students and professors who supported Gbagbo. You can read more at University World News.