Balancing the circus of life with the meaning of life is very hard. 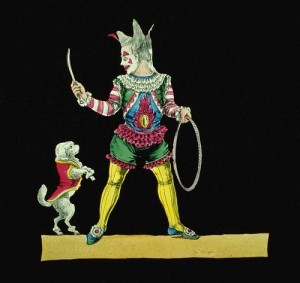 First, some Robertson Davies to justify my copious use of quotations: “God, youth is a terrible time! So much feeling and so little notion of how to handle it!”

Youth is indeed a time of turmoil, in many senses, which is why I think it’s justified that I invoke these little pieces of wisdom to help me though these uncertain times. Another quote then, this time from Joseph Conrad’s Heart of Darkness, to describe this week’s turmoil: “When you have to attend to the mere incidents of the surface, the reality fades.”

A little context: Without much protest, I think most people would agree that having a sense of meaning and connection to something beyond yourself is really important in life. Whether this comes through good friends, a hobby, religion, family, or anything else that gives people a sense of purpose, this is what I understand Conrad’s “reality” to mean.

So what exactly is getting in the way of this reality? Well, this week and next are midterms. That involves a lot of work, which, given the choice, I probably would rather not do. It’s interesting stuff for the most part, and I enjoy the initial learning of it, the gaining of new knowledge and perspective, but studying it for 7 hours a day is a bit much. Jumping through these hoops in order to do well in school and come out with a degree is what I understand Conrad’s “mere incidents of the surface” to mean.

This kind of thinking really makes me want to drop out of school and move to Thailand to teach scuba diving, writing off the mere incidents of the surface in favor a soul-searching adventure in paradise, but I like to think I know better. Conventional wisdom would have me believe that by working hard to jump through the hoops now, I’ll be able to enjoy a much better lifestyle in the future than I would if I dropped out now and moved to the tropics. This argument doesn’t hold any water as long as my picture of the ideal life involves living on the beach, but I expect this yearning to subside, only to resurface with the next round of exams. I suppose this balancing act is something I’ll have to get used to, as I don’t expect life after graduation to be any less full of hoops to jump through.

Maybe conventional wisdom isn’t so wise after all…