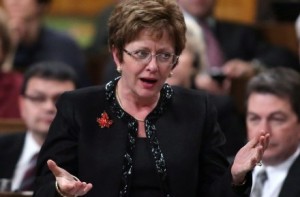 A federal agency has lost a portable hard drive containing personal information about more than half a million people who took out student loans.

Borrowers from Quebec, Nunavut and the Northwest Territories during this time period are not affected.

No banking or medical information was on the portable device.

Human Resources Minister Diane Finley said she has called on the RCMP to assist with the incident, “given its serious nature.”

“I want all Canadians to know that I have expressed my disappointment to departmental officials at this unacceptable and avoidable incident in handling Canadians’ personal information,” she said in a statement.

In addition, the office of the federal privacy commissioner announced Friday it would investigate.

The department is sending letters to affected people, for whom it has current contact information, to advise them on how to protect their personal information.

The loss of the hard drive from an office in Gatineau, Que., came to light as the department looked into another breach — a missing USB key containing the personal information of more than 5,000 Canadians.

The privacy commissioner’s office has already begun a probe of that incident, which was publicized last month.

Human Resources says that while there is no evidence any of the information in the latest breach has been used for fraudulent purposes, an extensive search for the hard drive continues.

In her statement, Finley said she had directed officials to take immediate action to ensure “that such an unnecessary situation” does not happen again.

She has requested that departmental employees across Canada receive information about “the seriousness of these recent incidents” and that they participate in mandatory training on a new security policy.

The new policy immediately bans portable hard drives within the department. In addition, unapproved USB keys are not to be connected to the computer network.

All portable security devices will be assessed for the risk they pose, to ensure that appropriate safeguards are in place.

New data-loss prevention technology — which can control or prevent the transfer of sensitive information — will also be introduced.

Finally, staff will be subject to disciplinary measures, including possible firing, should privacy and security codes not be followed.

Alyson Queen, a spokeswoman for the minister, said the Mounties were contacted Monday. “They will determine what further steps are required.”