Student may have been sexually assaulted and drugged 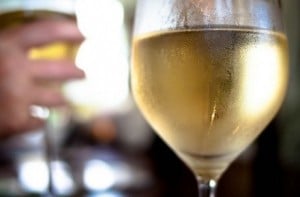 Vancouver Island University is warning students via Twitter to guard their drinks. A woman who was sexually assaulted in Nanaimo recently may have been given the date-rape drug GHB.

Another young woman says her doctor confirmed she was given the drug in October. CTV Vancouver Island reports that the woman was found by a friend in a parkade around 3 a.m. after attending a nightclub. She had no recollection of the evening, but her friend says a stranger had shared her drink earlier that night.

V.I.U. has been using custom drink coasters to warn students about how easy it is for people to slip odourless and colourless GHB into their drinks, reports Canada.com.

Students are raising awareness too. A fundraiser tonight for the Haven Society, a local charity that helps women and children who have been victims of violence, is sold out. Jacqueline Haug, who is hosting, says that many students suspect they have been drugged—they just don’t report it.

Nanaimo RCMP Const. Gary O’Brien told Nanaimo Daily News that women often feel uncomfortable answering questions about nights they can’t remember, but he says they need to speak up to prevent more sexual assualts. He also warned young women that if they feel short of breath while drinking, they should inform their friends, as it may be a sign of drugging.

GHB (gamma hydroxybutyrate) is easy to slip into drinks undetected. It can made in illegal labs, but is also prescribed to people with sleeping disorders. Health Canada says that GHB may make people feel relaxed, euphoric, sedated or sleepy. They also may loose inhibitions. Some people feel dizzy for several days after using GHB. It’s a central nervous system depressant, like alcohol, so too much of the two substances together can slow breathing, sometimes to the point of death.

Scientists in Tel Aviv, Israel have developed a date-rape drug detector, which they hope to have on the market in 2012. It sniffs-out common date-rape drugs, including GHB, ketamine and rohypnol.

Until then, the best defence is to watch your drinks as they’re poured and then guard them carefully.