Prof. Pettigrew on the breastfeeding in class debate 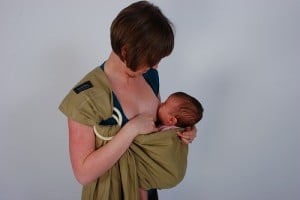 Something about the job of professor seems to make everything we do subject to scrutiny. If Dana the accountant decides to breast feed in a marketing meeting, she may raise eyebrows. A professor does the same thing in class and she makes international news.

So we must have some sympathy for Adrienne Pine, the American Anthropology professor who surprised her students by nourishing her offspring in the way God intended. Pine’s child was sick and could not, therefore, be taken to daycare, and rather than cancel class or leave the class to the TA, Pine brought the kid along. And when the little one got hungry, Pine let nature take its course.

Feminist critics have been quick to defend Pine on the grounds that any concerns raised are thinly-veiled attacks on women. Mary Elizabeth Williams notes that this is the dilemma of all working moms and that Pine’s mistake was in how she handled the subsequent press attention, not how she handled her baby.

Amanda Marcotte, over at Slate, on the other hand, says that Pine got called out because she displayed  “transgressively feminine behavior in the traditionally masculine role of college professor.” In other words, don’t be too much of a woman, lady, or people get pissed off.

Such defenses, though well meaning, miss the point.

There are, of course, plenty of good reasons why Pine should have rethought her decision to tote her tot to her talk. Even well-behaved children are likely to cause distractions both for professor and student—and not all children are well-behaved, especially if they are sick and hungry.

Besides, there were other solutions available. Get someone to cover your class; or just cancel the class. Profs do it all the time for worse reasons than Pine had.

But most importantly, cases like this seem to be indications of a troubling tendency to conflate people with their children, or rather for parents to think of their children as not just part of their lives, but part of themselves. Motherhood has become nearly synonymous with womanhood, to the detriment of all.

We are witnessing a kind of hyper-hetero-feminism on one hand where anything that makes parenting more difficult is construed as anti-woman. At the same time, it leads to an unintentional anti-feminism where women are reduced primarily, or only, to their role as mothers.

No disrespect to parents, but if you choose to have children, you accept certain responsibilities and agree to face certain challenges. We should not make things needlessly hard for mom and pop, but there are still places where little kids don’t belong. A university class is one of them.