Reminds us why we're lucky to be Canadian 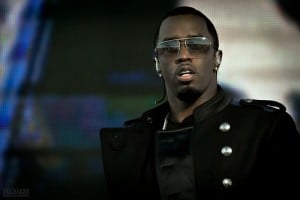 The cost of university is a touchy subject in Canada. Just look at Quebec, where students have declared war over a tuition fee increase pegged most recently at $254 per year.

At times like these, higher education budgets of American universities can offer some perspective—at least Canadian universities spend your tuition on academics instead of football.

The latest outrage: Daily Mail reports that Sean “P. Diddy” Combs’s son Justin will get a $54,000 football scholarship to the University of California Los Angeles. That’s free tuition for four years at a public institution where residents without athletic ability or dire finances pay $12,686 per year.

While the funding for Combs’ scholarship is technically from private sources, it adds insult to injury for less lucky students in a state where universities fund football to the tune of  $411 per student.

The $411 figure is from Bloomberg’s recent list of how much universities spend per-student on sports. Rutgers’ in New Jersey topped the list with an astonishing $1,000 spent per student.

Rutgers President Richard McCormick told Bloomberg that it’s worth the cost. “It continues to be less than 1 percent of the overall university budget, returns dividends through increased revenue, positive branding, exposure and visibility for our university and the State of New Jersey,” he said.

Even if McCormick is right, I’d still rather see university budgets spent on reducing the cost of education for everyone than on football teams. Luckily, athletic budgets in Canada are kept modest.

Consider it a reminder that, when it comes to budgets, Canadian universities do some things right.

Josh Dehaas is the editor of Maclean’s On Campus.