Individuals, not "rape culture," are at fault here 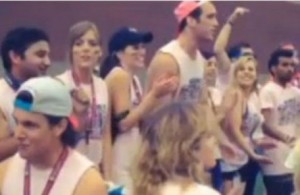 By now, anyone who reads the news will have heard of the appalling frosh-week chant at Saint Mary’s University in which students loudly proclaimed their interest in raping everyone’s little sister.

Appropriately, everyone was outraged. The news media was all over it, administrators fell over themselves to apologize, the student leader apologized, and there’s sensitivity training all around.

That was the right response. But these days it seems that we are no longer satisfied with bad behaviour being punished appropriately. It’s not enough that those who have done wrong are brought to account. Today, it seems, everyone must be brought to account for everything.

And so I shouldn’t have been surprised to see this editorial in the Dalhousie Gazette blaming me, you, and everyone we knew for the gormless barking of the leg-humping Huskies of Saint Mary’s.

While the Gazette joins in on the condemnation, it also insists that we must “look at the broader social structures that made it possible for university-educated people to step back and let this happen.”

In fairness though, sometimes we really should look at the larger social context, so let’s see how convincing the rest of the analysis is.

The leaders immediately involved in the chant are not the only people responsible for a social situation in which violence against women has been so normalized that chanting “N is for no consent!” met with no immediate disapproval.

This pushes the limits of what could possibly be considered “immediate” disapproval. The incident was recorded and put online, apparently by someone who disapproved. After that, it took about 24 hours before the story was everywhere. Why didn’t anyone who was there object? Because the whole atmosphere of such events is to conform and get along. This is itself a problem, but it’s not evidence that everyone there (or anyone there) actually felt that sexually assaulting underage girls was “normal.” If our culture normalized such behaviour, why was this behaviour universally condemned?

In the same city where Rehtaeh Parsons’ death was treated as a case of online bullying, it’s clear that rape culture continues to be perpetuated at every level of our society.

I honestly cannot follow the logic here. Because some people commit crimes, it therefore follows that our culture condones such crimes? If that were true, they wouldn’t be crimes at all. In any case, we don’t need to posit a “murder culture” to explain murders, nor a “theft culture” to explain stealing. Most crimes are committed despite cultural values, not because of them.

Making every rape, or indeed every tasteless mention of rape, an effect of “rape culture” is short-sighted and mean spirited because it makes everyone guilty or everything, regardless of their particular actions or beliefs. It judges all for the actions of a few. And that, in short, is the definition of prejudice.

Much has been said about how this event can be a teachable moment for the students involved. I hope it’s more than a moment. I hope in the coming years the students involved take history to better understand that abuse and oppression have a long and dark pedigree. I hope they take English to better understand the power of language. I hope they learn to see the complexities and nuances of difficult social issues.

And I hope they learn not to fall back on the self-satisfied rhetoric of cultural blaming.