Don't choose a university near home (and other wisdom) 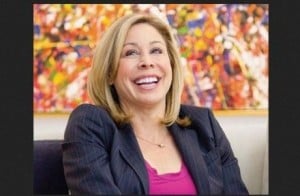 The 2013 Maclean’s University Rankings asked some of Canada’s most successful writers, politicians and scientists what they wish they’d known in university. Their answers are perfect additions to our First Year Survivor blog. Here’s advice from Linda Frum, the Conservative Senator who, in 1987 at the age 24, wrote a widely-read Guide to Canadian Universities.

Twenty-five years ago when I wrote a guidebook to Canadian universities the fundamental premise of my book was that Canadians needed to be more adventurous. Don’t go to school in your own familiar backyard, I argued. Leave home.

What I never imagined was that one day (a day that would arrive with the speed of light) my own children would be the ones best served by leaving my home. And that as a mother, I would find this pitifully painful. But so it came to be. In August, the time had arrived for two of my three children to depart for university. So devastated was I to say goodbye to my twins, Sam and Barbara, that I considered writing a new book: A Parent’s Guide to How Crappy It Feels When Your Kids Dump You For University.

In my case there was a silver lining. My daughter Barbara decided that her top pick was Trinity College at the University of Toronto. Inwardly I was ecstatic but I also worried about being exposed as a hypocrite. So I tried to dissuade her. Suppressing my true feelings, I preached the importance of leaving the nest. “Oh, don’t worry, Mom,” Barbara reassured me. “I don’t want to live with you! But I don’t see why I shouldn’t go to the best university in Canada simply because it’s in the city I grew up in.”

Bless her, she was right. And if the motivation for my original advice those many years ago was to encourage independence, by golly, the university was there to help. At a spring orientation for new parents, Trinity College served us coffee and sweets along with a crystal-clear message: “Yes, parents, we know you are likely paying your child’s tuition. Thank you. And—hey! Congratulations on your kid’s excellent academic record. You must be very proud. Now please help yourself to a cookie, re-enter your hovercrafts and go away because your parental detachment issues are not our problem. We’re glad you came but understand that as of today we will not be responding to any of your phone calls or emails.”

“But my son,” wailed one mother from the back of the room. “He’s only 17! He’s still a minor! Surely you can take my calls?”

“No calls,” said the registrar firmly. “And no emails. Our relationship is with your children. It’s not with you.”

This message—you’re dismissed—was already familiar to me. Some months before, standing next to my son at a recruitment session with a Harvard rowing coach, I watched as the coach grilled my child. Overwhelmed by a defensive maternal instinct, I attempted to jump into the conversation. The coach fastened me with a death stare. His meaning was unmistakable: What gave you the impression I am remotely interested in what you have to say?

It was a decisive moment. I understood that my role as a mother was forever changed. Sam was no longer the sweet baby boy who needed his mother’s protection. From now on I would have to regard him in the same way that this coach did: as his own man.

On freshman move-in day at Harvard—the itinerary for which included the time at which parents were invited to leave—I could not stop the tears.

“Maybe,” I blubbered to my son, “maybe you’ll miss me a little bit too?”

Poor kid. Over my shoulder, a romantic ivory tower beckoned. (He wasn’t yet thinking about the crushing workload or the absurdly puritan drinking laws.) Fortunately, years of SAT prep had trained him in the art of the strategic answer: “I’m going to go with yes?” he offered.

Friends tell me that soon the mourning I’m experiencing for my lost babies will be replaced by a new (and deeply satisfying) phase of becoming friends with the bright, funny adults they have turned out to be. I’m sure that’s true. But in the meantime, pass the Kleenex.

Linda Frum earned a B.A. from McGill University in 1984.

As told to Julie Smyth.