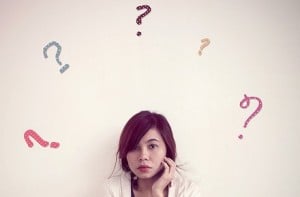 It’s so common for students nearing the end four-year degrees to suddenly learn they’ll need to take an extra semester that they’ve developed a name for the phenomenon—the victory lap. Actually, make that two names. I recently heard it dubbed “the fourth-year surprise” too.

Whatever you call it, finding out you need a fifth year of school upends plans for graduate school, starting a career, moving to a new city, travelling. It also destroys your budget, as thousands of extra dollars are suddenly needed at a time when you’ve been drained. Oh, and try getting student loans for one course.

I know what that’s like. I was forced to do victory lap after receiving bad advice at the University of Guelph, which was happy to have me back as a paying customer for an extra four months.

That’s why I was pleased to hear last week that more U.S. schools are guaranteeing students can graduate in four years, so long as they follow all the rules. At least 20 U.S. schools now offer four-year graduation promises and more are planning to add them, Tony Pals, spokesperson for the National Association of Independent Colleges and Universities, told the Wall Street Journal.

Students often don’t realize they’ve missed a requirement until meeting with guidance counselors in their second-last semesters. That’s often too late to fit everything in, considering that many courses are only offered once out of every four semesters. And as shocking as it may seem to many parents, the thousands they’ve contributed to tuition over four years doesn’t buy much guidance counselling. Most schools only offer guidance to first and second-year students who request it.

Even when students proactively meet with advisers—as I did—counsellors are often wrong about whether courses completed on exchange will count as electives or core courses. Sometimes the rules change mid-way through a students’ degree. Sometimes counselors simply give bad advice.

That’s what happened to me in my second last semester at Guelph. I was paranoid about not being able to complete my four-year degree on time, so I sought out my academic adviser and went over every course. One thing that stood out was my third-year British film history course, which was completed with a Guelph history professor during a semester in London, U.K.. Would it count as a history course at graduation time? He double-checked. He decided it would. He signed off on it.

Then, in my last semester of school, I learned that the course wouldn’t count after all, despite my due diligence. I complained all the way to the President, Alastair Summerlee. In a meeting, he agreed that I should graduate on time. But the dean overruled him, without any reasonable explanation to me. I was forced back for a fifth year. I spent most of my semester cobbling together part-time jobs in Guelph, when I would have preferred to have been moving on with life.

Stories like mine are common. Nicholas Kohler spoke to students with similar struggles in his article Really Bad Advice, from the Maclean’s University Rankings, which is on newsstands now.

And not many Canadian schools are taking action. One exception appears to be the University of Calgary, which became in 2008 the first Canadian school to offer a four-year graduation guarantee, but only in its Faculties of Arts and Sciences. Students who want a guarantee are required to sign-up at the beginning of their first years and must promise, among things, to meet advisers during course selection each semester and to complete one-quarter of the degree-work each year.

Such a contract seems like a would be the norm at Canadian schools. Surprisingly, it isn’t. Students should be advised that when it comes to academic advising, there are rarely any guarantees.