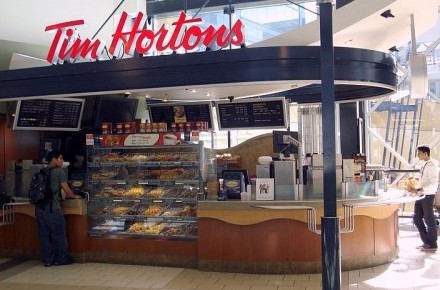 From the 2013 Student Issue on sale now.

After polling his peers last fall, Adam Oran, who represents Human Kinetics students for the University of Windsor Student Alliance, knew which policy to pursue. He started a Facebook page called “Lets Get a Timmies in HK,” referring to their building, a 15-minute walk from the nearest Tim Hortons coffee outlet.

Within a week, 150 people liked the page; by February, 390 had joined. Talks with campus officials are now under way, says Oran. When constituents stop to ask how their Tim’s is coming, he’s proud to report that management has been receptive.

Oran wasn’t the first to make such a petition. A Facebook page demanding a better Tim Hortons for Mount Royal University in Calgary in 2010 noted long lines and lack of variety at the campus kiosk. The page got more than 700 likes by the time Brent Mann, general manager for the school’s food-service provider, Sodexo, posed for photos for the school newspaper with a shovel in hand, turning the sod on the bigger and better location.

And when Notesolution, a company that facilitates the online sharing of lecture notes, asked Canadian students about their pet peeves on its blog last year, the length of the Tim’s line was mentioned by one out of every eight respondents.

Long queues are still a common complaint, says Mann, even though the new location is operating at capacity. “We have 2,000 customers a day at our store here,” he says. “We strategize every single day as to how to get them through quicker.”

Other schools have found high-tech ways to keep the lines moving. At Sault College in Sault Ste. Marie, Ont., an old security camera was trained on the Tim Hortons lineup last fall and now anyone on campus can log in to a website to see it. Jordan Borneman, president of the school’s students’ union, times his visits from his office on the third floor for when the lineup is shortest.

Conestoga College in Kitchener, Ont., has had a camera trained on the Tim’s line in the student centre for at least four years, says Ciara Byrne, president of the student board of directors. “I always check the Timmy’s Cam.”