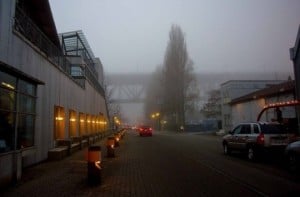 British Columbia has provided $1.7 million to create a business plan for moving Emily Carr University of Art and Design to a new location in Vancouver’s east on Great Northern Way.

The 1,800-student school is currently on Granville Island, a very desirable area near downtown.

Advanced Education Minister Naomi Yamamoto noted how crowded the school has become when she made the announcement on Monday.

The news comes just after B.C. released its 2012 budget, which includes a $70-million cut to higher education over the next three years.

A cluster of educational institutes including the University of British Columbia’s Department of Art History, Visual Art and Theory and the British Columbia Institute of Technology’s Centre for Architectural Ecology are already located on Great Northern Way.

Although Emily Carr has an increasing number of applications, other Canadian art schools are struggling to attract students. Queen’s University’s Fine Arts program was recently suspended.