Emperor Akihito last visited the university in 1953, when he was crown prince

Yesterday Emperor Akihito and Empress Michiko of Japan visited the University of British Columbia. It was the first visit of Emperor Akihito to UBC since 1953, when he visited the campus as crown prince. UBC is the last leg of their 11-day tour of Canada, which marked the 80th anniversary of Japan-Canada diplomatic relations. I attended the tour by the Imperial couple to the UBC Nitobe Memorial Garden, during which they spoke with 20 students. 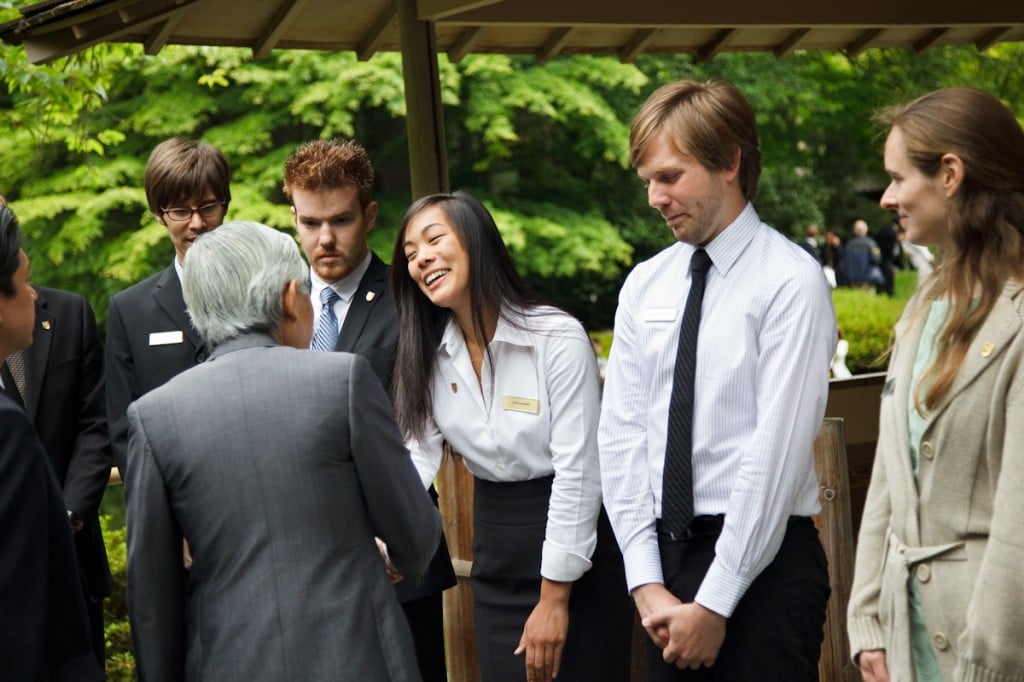 Of the 20 students who met the Imperial couple, three were made available to the media. I asked Ciaran and Drew about their experience meeting the Emperor and Empress.

Rachel Mackenzie, a friend of the garden who had previously guided members of the Japanese royal family through the Nitobe Memorial Garden was interviewed about its history and landscape.

It was a pleasure to have their majesties visit UBC and take time to interact with students. I wish them safe travels as they conclude their Canadian visit today.

Further photos of their visit are available here.