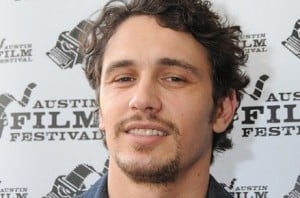 An acting professor is suing New York University for wrongful termination, discrimination, and harassment, alleging that he was fired for giving James Franco a “D.”

Franco, famous for his roles in films like 127 Hours and for hosting the Oscars in February, missed 12 out of 14 classes at the school where he’s pursing a Master of Fine Arts degree, according to Prof. Jose Angel Santana. “The school has bent over backwards to create a Franco-friendly environment, that’s for sure. The university has done everything in its power to curry favor with James Franco,” Santana told CBS News.

An NYU spokesman told CBS: “We have not seen the lawsuit yet, but the claims we are seeing in the media are ridiculous. Beyond that, it is regrettable and disappointing to see a faculty member — former or otherwise — discuss any student’s grade for the purpose of personal publicity.”