The biggest challenges for universities: a prof's view

The problems look different from inside the classroom 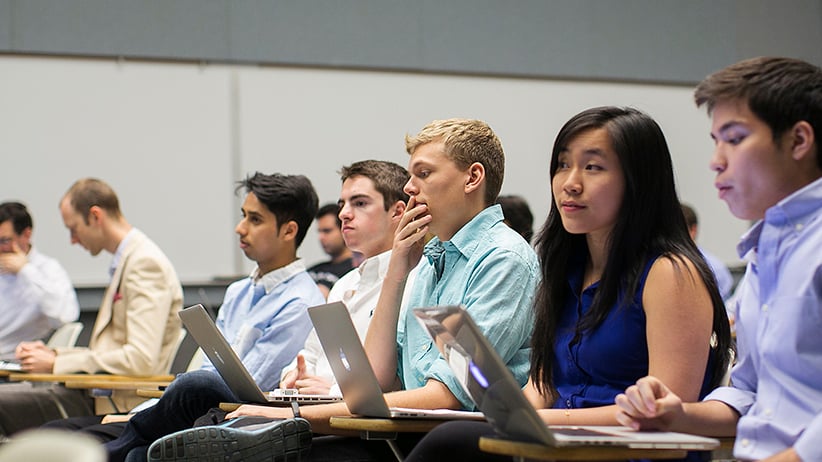 Outgoing University of British Columbia president Stephen Toope has shared what he sees as five challenges facing today’s universities. Many of the issues he identifies, it seems to me, are important and need to be addressed. His point about preventing universities from becoming glorified trade schools—or, I would say, inglorious business schools—is well taken.

Yet I am struck by how different my perspective is, as a workaday prof in a small, little-noticed university, compared to the view of a long-time executive at a higher-ed behemoth.

In fact, if I had to identify the five challenges, they would be rather different. Here they are.

There are four things that can happen when students arrive unprepared. First, they can fail—and may accrue a substantial amount of debt for what is probably a waste of time and potential. Second, they may do much worse than they expect, and complain about their professors being “too hard” because they “always did well” before. Third, they find one or more of the growing number of professors who are so battered by the first two that they give in and award grades they don’t deserve. Or, fourth, they work hard, get better, and learn what they are supposed to learn. Only the last, of course, is desirable, and it is the least common.

Closely related to the preparedness problem is the growing presence of underqualified international students at Canadian universities. Of course, there are many excellent international students, and there are numerous cultural and intellectual advantages to having a diverse student body, so I am emphatically not against international enrolment per se. But increasingly, universities across the country are seeking to attract as many international students as they can, largely because they have suffered year after year of cuts and are desperate for revenue. In many cases, and I witness this frequently in my own department, that means a large number of students whose English is not at the level needed to excel at university, and often not even at the level needed to pass. Professors are caught between their obligation to hold all students to the same high standards, and a natural reluctance to fail the vast numbers of their students.

And so, increasingly, one hears more and more about balancing expectations against reality and taking into account what international students can do—euphemisms for lowered standards.

Still worse, because many students quickly realize their English is substandard, many turn to plagiarism. Of course, plagiarism is a problem in any case, but a substantial and growing number of new students whose language skills aren’t up to snuff only exacerbates the difficulty.

More from Education:
When Ph.D.s realize they won’t be professors
‘Entry-level’ jobs are getting harder to find
‘Medical school rejection violated my Charter rights’

One of Toope’s challenges is that universities must adapt to changes in student expectations. This has the matter backwards. The real issue with expectations is getting students to understand what our expectations are of them, not to conform to their expectations of us.

If a student is used to reading mainly tweets and not—gasp—books, it is not the job of the academy to start teaching in a tweet-friendly way, but rather to show students that, fun though it may be, a tweet is not a format conducive to complex, detailed, or nuanced exposition or argument. And that there are other avenues—broad and exciting avenues—down which intellectual discourse can travel.

I have always understood that universities are dedicated to the creation and dissemination of knowledge, and that one of the happy side effects of those processes are that universities also contribute to the economy on various levels. Today that understanding is being upended, and we are told repeatedly that the fundamental function of universities should be as leaders in economic growth. Research and teaching, in this view, become merely means to that end.

But with so many branches of the public sector, and, indeed, almost all of the private sector devoted to economic expansion, wouldn’t it be wise to have at least one institution from which we did not seek a return on investment?

Amid all the talk of online learning and how it is going to (someday) disrupt higher education, what is frequently missed is that a university education—at its best at least—is more than a series of courses that deliver content to the student. But that is the underlying conception of education in the massive open online course (MOOC) model and other supposedly game-changing innovations. Why, many ask, would students want to sit through lectures with their local run-of-the-mill prof when they could get higher-quality lectures online? To this, there are any number of responses, but one that is heard too little is that our students deserve more than the strict factual content covered by their course, and indeed, more than courses themselves.

They deserve the conversations and arguments in the hallways after classes, long walks home with a head swimming from a revelatory lecture, late nights rehearsing a play or organizing a protest. These are activities that have long been associated with higher education, though they have not been strictly part of degree programs. For that reason, it’s easy to ignore them when planning for the future.

We do so at our peril.

At its best, a university is a gathering place. A place where we bring as many of the most exciting minds we can find and let them create, and nurture, and support all manner of learning. To be sure, this sounds like a place whose definition is imprecise and its results hard to quantify. It is. And they will be. Getting  politicians and bureaucrats and administrators to accept such a vision will be supremely difficult.