But how long can it last? 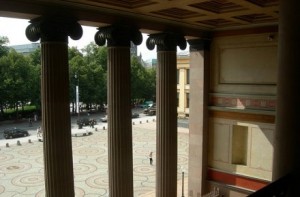 Norway is one of the last remaining countries where foreign students can attend university without paying a cent of tuition money. But with free school increasingly rare, how long can it last?

Shocking as it may seem to many Canadians, Norweigians don’t charge any tuition to anyone—which was, until recently, normal in Scandinavia. Now, Denmark, Finland and Sweden all charge tuition fees, leaving Norway the only free option.

It should be unsurprising then to learn that foreigners are choosing Norway more often than ever. When non-European Union students were charged tuition fees for the first time this year in Sweden (up to $21,000 each), applications dropped 85 per cent. Meanwhile, Noway’s University of Oslo experienced a 60 per cent rise in popularity. Since 2008, the number of foreign students in Norway is up 27 per cent overall.

In response, reports Times Higher Education, opposition politicians in Norway want fees for foreigners. The Conservative party argues that academics are frustrated by unmotivated foreign students and that many Norwegians question the burden of funding 16,500 foreigners annually.

Also lucky for international students is that the centre-left government’s Minister of Research and Higher Education, Tora Aasland, told THE the following: “Equality is a value that we support—we don’t make a difference between foreign students and domestic students,” she said.

Of course, if Norway does start charging tuition, there’s one country where university remains mostly free. Click here to find out where else Canadians are enjoying free tuition—at least while it lasts.