Forming bonds between chemistry and careers

This prof eschews flash-bang demos (but he is into peeballs) 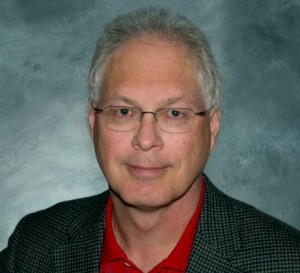 In the first lecture of the semester each January, Prof. Charles Lucy gives students what seems like an odd assignment for a chemistry course.

Students are instructed to write their resumes.

“A large part of my role as a teacher,” says Lucy, “is not just teaching the subject, but teaching what the opportunities are and where to find them.”

Lucy is known for his research in chemical analysis. But he’s also known for helping students connect chemistry to their future careers. That’s one reason he won a 3M National Teaching Fellowship. On Campus is profiling the winners.

He majored in chemistry, not because of some magic show demonstration with fizzing beakers, but instead because he needed money. There were more paid co-op positions in chemistry at the University of Victoria when he was an undergraduate than in any other fields, so he signed up.

The first placement involved driving around Kitimat, B.C. in a little buggie to monitor the impact of an aluminum smelter on the nearby environment. “It was a fairly low-level job,” says Lucy, “but for me at the time there were so many things that were connecting up.”

Lucy’s second placement was at a new Dow lab, where he started before other employees arrived. “I got to be the one who set up for gas chromatography,” he recalls. “That’s something you might normally only touch once in your third year [of university].” In his third year, he was training others.

A third placement wasn’t so thrilling. He won’t say where that job was, but it motivated him to work harder in school so that he could do a PhD and eventually have more choices in future jobs.

Knowing that chemistry relates to all kinds of careers is a lesson he wants to bequeath. So, no matter what the lecture topic, Lucy tries to incorporate stories from the world of work.

One favorite tale is of how a marketing company hired by the Prostate Cancer Charity in the U.K. uses chemistry to get men to learn a common sign of the disease. In bars, the charity sells ping-pong sized “peeballs” made of sodium carbonate.* Men compete to see who can dissolve his the fastest. He who loses consistently must visit his doctor—low urine flow is a sign of cancer.

The peeballs demonstrate principles of sparingly soluble salts. They also demonstrate that chemistry know-how can be applied to real world problems in fields from medicine to marketing.

“Most stuff is far more interconnected than we realize,” says Lucy, “but students tend to compartmentalize that they learn math to do a math exam and learn chemistry to write a chemistry exam.” That’s not how the real world works. Jobs require connecting ideas from across disciplines.

Lucy has seen his emphasis on careers pay off. One recent graduate, for example, got a placement at an oil company one summer, returned for graduate school to learn more, and then realized that a process from chemistry could be applied to improve the measurement of bitumen in oil sands.

“Now, this process is used by [the oil company] 50 times a day,” says Lucy, who adds that “a tiny improvement in process can make a lot of money.” Unsurprisingly, it landed the student a job.

With that, Prof. Lucy felt he had done his job too. Few students will ever become chemistry professors, but that doesn’t mean they won’t one day apply chemistry in unexpected careers.

*An earlier version of this article incorrectly stated that peeballs are made of sodium acetate.