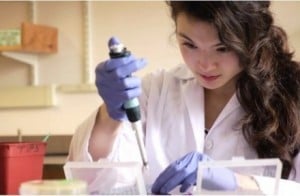 The Thiel Foundation announced its second class of 20 Under 20 on Tuesday. The 20 new Thiel Fellows, all 19 or younger on Dec. 31, will each get $100,000 to pursue innovative scientific and technical projects, along with guidance from tech entrepreneurs, investors and scientists.

Billionaire Peter Thiel, the founder of PayPal and an early investor in Facebook, created the fellowships because he believes university and governments aren’t the only routes to innovation.

“Pundits and hand-wringers love to claim that universities are the only path to a successful life. In truth, an inquisitive mind, rigorously applied to a deep-rooted problem can change the world as readily as the plushest academic lab,” Thiel said.

“In 1665 when Cambridge University closed due to the plague, Isaac Newton used his time away to pursue self-directed learning and ended up inventing calculus,” he added.

Two of the 20 new Thiel Fellows are Canadians. From the press release:

Chris Olah (19, Toronto, ON, Canada) wants to use 3D printing to reduce the scope of scarcity. His goal: empower anyone with a 3D printer to make educational aids, basic scientific equipment, and tools that improve their quality of life. He is currently working on a project called ImplicitCAD, which is a math-based attempt to reinvent computer-aided design and make it more affordable.

Yoonseo Kang (18, Mississauga, ON, Canada) recognizes that society’s potential for innovation and abundance can only be achieved if knowledge and the factors of production are accessible for everyone. With that in mind, Yoonseo sees open-source hardware as the key for enabling communities around the world to vastly increase their productive potential and together engage in strategic economic collaboration. To that end, he is working with Open Source Ecology to develop the Global Village Construction Set, the 50 industrial machines that it takes to build a civilization with modern comforts.