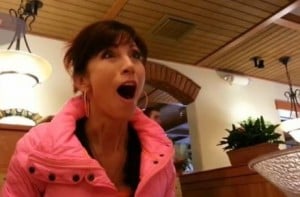 1. It must be especially difficult to be gay and a Mormon right? Well it may have just become easier. Jimmy Hales, a student at Brigham Young University, decided to come out to his friends and family while recording their reactions. Most of them were surprisingly supportive—if a bit shocked. In a blog post he writes that he will never get married and plans stay celibate his whole life, but he’s happy with the acceptance he’s found. That may not be the ideal situation for most gay youth, but it seems to work fine for him.

2. It’s less than a month until the only holiday where students feel justified drinking before noon: St. Patrick’s Day. In anticipation of excessive drinking, one U.S. college, Penn State, has a daring plan. They’re going to pay 34 downtown bars, restaurants and shops $5,000 each to not sell alcohol that day, reports The Associated Press. It’s happening because of complaints from the community. The city hasn’t had a St. Paddy’s Day like that one last year in London, Ont.

3. Google Glass, unveiled yesterday in a sappy two-minute video, certainly has wow-factor. The headset is a big leap into augmeted reality, “the much-hyped but little-realized technology that layers digital information on top of what our eyeballs perceive,” writes Maclean’s Jesse Brown. He observes that the glasses’ video streaming capabilities “literally show others the world through our eyes,” and that through them others can “vicariously experience fencing, skydiving, or a party for grandma held in another country.” Google is holding a contest that will reward 8,000 people with pairs.

4. Joshua Sereke, the former University of Alberta Business Students’ Association leader who embezzled $27,745 of student money, has had his sentence increased by the Court of Appeal of Alberta, reports the Edmonton Journal. He will now serve six months of house arrest and another six under a curfew. Sereke blamed a gambling addiction for the 58 withdrawals he made.

5. The British Columbia government is planning a $46-million cut to the colleges and universities ministry over three years as it attempts to balance its books. Meanwhile, the new Ontario government under Kathleen Wynne, promises to maintain its 30-per-cent-off tuition grant despite that province’s huge deficit, a move that the Ontario Undergraduate Student Alliance applauds.