Girls should not be segregated on public school property 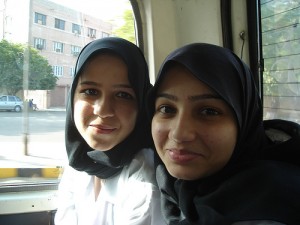 The Toronto District School Board has gotten a lot of flak this week for its decision to allow weekly Islamic prayer sessions in one of its school’s cafeterias. While supporters and critics have been relentlessly debating the existential question of prayer in public schools, one group caught in the middle has garnered only a fraction of the attention. I’m referring to the female students who participate in Friday prayers at Valley Park Middle School, relegated to the back on the cafeteria and not permitted to participate when menstruating. Indeed, the TDSB itself has mostly skirted (no pun intended) the issue of gender segregation during prayers at Valley Park, absolving itself of responsibility by stating, “We do not have the authority to tell faith groups how to pray.”

Indeed, the Board is not of such authority in most situations, but here the prayers are happening during school hours, on public school property. Based on sheer geography alone, the TDSB has an obligation to see that the values and provisions outlined in its own Human Rights Policy are upheld within its school walls. The policy states that the Board has, “a duty to maintain an environment respectful of human rights and free of discrimination,” and may not “allow or condone behaviour contrary to this policy.”

How is it that the TDSB can call for instruction on sexism and gender inequality in its Social Studies classes, yet look the other way when girls are facing active discrimination within its walls?

The TDSB’s position is clear. It allows for the differential treatment of girls within its walls by insisting that the services are a community-run initiative, solicited by Valley Park parents and run by a neighbourhood imam. Indeed, according to a statement released by Chris Spence, TDSB director of education, :The division of the sexes which occurs during the service is a part of the Islamic faith.”

But faith or not, and supposed autonomy or not, the TDSB has an obligation to its students to provide a safe space free from discrimination. And it is all clear in writing; all persons operating on TDSB premises much adhere to Human Rights Policy. It states, “This policy applies to all Toronto District School Board students, employees, trustees, and other users such as members of consultative committees, clients of the Board, parents, volunteers, permit holders, contractors, and employees of organizations not related to the Board but who nevertheless work on or are invited onto Board premises.” (Emphasis mine.)

But the problem is more significant than just an inherent contradiction in rules. Indeed, the more important issue is that when a public school—a supposed beacon of equality—suddenly tolerates discrimination within its four walls, it compromises its status as a safe space for all students. Religious accommodation in public schools should exist as a means for equity, not a medium of exclusion. And it should only be enforced insofar as the individual rights and freedoms of all students may still be upheld. The TDSB must practice what it (literally) preaches if it hopes to give any authority to its lessons on gender equality and discrimination. It cannot stand idly as its female students are sent to the back of the room, especially when that room is just down the hall.