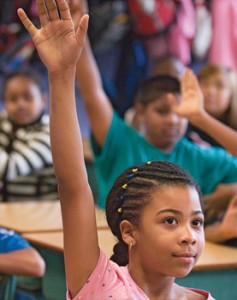 The end of the year is a hopeful and generous time for Canadians, a time when we indulge our better instincts and tend to look on the bright side of things. How strange then, that recent good news about Canada’s education system has prompted a sudden bout of pessimism.

Last week saw the release of a massive comparison of school systems around the world. The Programme for International School Assessment (PISA) is run every three years by the Organisation for Economic Co-operation and Development (OECD) and tests 470,000 15-year-old students across 65 countries and regions in reading, math and science. Canada, once again, found itself among the world’s leaders in educational performance.

Despite top 10 results in all categories, however, some commentators felt the need to lament the fact we were beaten by Shanghai, which made its first appearance in the PISA tests and stole the show with some very impressive scores. The Globe and Mail claimed the results showed other countries were “leaving us in the chalk dust.” A below-average performance by Prince Edward Island’s students was presented as something of a national disaster. It seems a rather Grinchy way of looking at things, particularly when Canada is doing so well in so many aspects of education.

Beyond our sixth-place finish in reading, seventh in math and eighth in science, the PISA results show that socio-economic status is much less a factor in Canadian test scores than most other countries, suggesting a strong commitment to equality of outcomes. Along with Korea and Finland, Canada was also praised for a low percentage of students failing the tests.

And in a special chapter within one volume, the OECD specifically recognizes Canada’s outstanding performance in the face of the challenges faced by our school system. While Canada’s large immigrant population is a significant strength for our economy and society, issues of language, culture and integration can make success more difficult for new Canadians. Less than one per cent of Shanghai’s student population comes from an immigrant background; for Canada, the figure is 24 per cent. Among countries that receive substantial levels of immigration, such as Australia, the United States, Germany or Switzerland, our test scores are at the top of the heap. And we are the only major country to show no significant difference in performance between immigrant and native-born students. “Canada could provide a model of how to achieve educational success in a large, geographically dispersed, and culturally heterogeneous country,” the report notes admiringly.

Diversity in governance is another area of strength for Canada. While conventional wisdom suggests strict centralization is the key to educational prowess, the OECD observes that “Canada has achieved success within a highly federated system.” We are in fact the only developed country without a national department of education. But this is not an obstacle, as our performance proves. Provincial control of education encourages experimentation and variety. If one province falls below the line, competitive national pressures inevitably motivate it to copy the best practices of other provinces, as is currently the case with P.E.I.

It’s also worth noting that Canada is a relative newcomer to such high expectations. Prior to 2000 we rarely appeared in the top 10 of any PISA category. Now it’s become something of a national obligation. This is certainly a good thing, but at the same time we should recognize how far we’ve come. In a few decades, Canada has built a unique education system recognized as one of the best and most equitable in the world. And that’s something to celebrate any time of year.