But after-tax inequality still rose 13.5 per cent since 1981 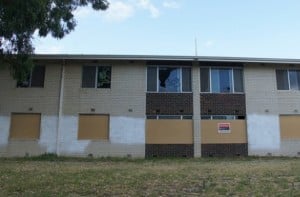 Researchers at the Ottawa-based Centre for the Study of Living Standards looked at how much taxes and government benefits helped to even things out between the rich and the poor in Canada over the past three decades.

They found that taxes and spending have persistently dampened inequality, but not enough to stop the increase in inequality over time.

And they found there is still ample room for governments to be more aggressive in using policy to reduce inequality, since redistribution efforts appear to be far lower here than in other industrialized countries.

“What is needed is political will,” researchers Andrew Sharpe and Evan Capeluck conclude.

They looked at before-tax and after-tax income inequality between 1981 and 2010.

They found that before-tax income inequality rose 19.4 per cent over three decades.

In other words, income inequality was 44 per cent less severe than it would have been if governments had not intervened.

Transfer payments – such as old-age benefits or family benefits — were responsible for most of this dampening effect, while taxation accounted for about 30 per cent of the reduction.

The study also shows that most of the increase in inequality took place during the 1980s and 1990s, despite a recent public outcry denouncing rising inequality.

“Counter to popular perceptions, after-tax income inequality, while at an historically high level, has remained basically unchanged in the 2000s,” the study states.

According to the study, in 2010, British Columbia was the most unequal province, while Prince Edward Island saw rich and poor closer together.

The offsetting effect of taxes and government programs was greatest in Newfoundland and Labrador, followed by Nova Scotia, while government redistribution of income was the least effective in British Columbia and Alberta.

The authors also ran several what-if scenarios to see what would have happened to inequality if governments had acted differently over the years.

Governments were most active in redistribution of income in 1994, they found. If they had kept up that level of redistribution, they would have eliminated half of the rise in inequality over three decades, the authors say.

If Canada acted in line with the average OECD country, nearly two thirds of the increase in after-tax inequality would have been eliminated, the study shows.

The authors caution that their findings don’t speak directly to the 1 per cent debate that brought people into the streets a year ago for Occupy Wall Street protests.

Most of the numbers in the report are drawn from Statistics Canada’s calculations of Gini co-efficients – a widely-used scale to measure income inequality in countries around the world.