HBO's Girls, the plagiarism debate & free speech at U of T

What students are talking about today (January 14th) 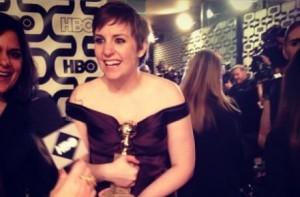 1. Lena Dunham’s HBO series Girls won the Golden Globe for best TV comedy series last night right before the highly-anticipated premiere of the second season. I’d argue the opener was a bit of a letdown. Lead character Hannah (played by Dunham) has smartened up a bit by rejecting her mean sort-of-boyfriend in favour of new guy who presumably treats her better. If she gets too mature, that’s a problem as her Gen-Y cluelessness provided so much of the comic relief and provoked so many of the broader societal questions. Some of the other characters, including straight-laced Marnie, seem to also be changing in ways that make them less believeable. Interestingly, Dunham seems to have acknowledged those who accused Girls of being too white; her new fling is a black man.

2. Dalhousie University’s Senate has agreed on guidelines for the use of plagiarism software including an option for students to opt out, reports the Dalhousie Gazette. But not so fast: those who don’t submit to the electronic checks will have their papers checked through “alternative means,” such as providing several drafts. Many students are opposed to software on the grounds that it “presumes guilt,” not to mention that it’s just so darn annoying to get caught with sloppy citations. On the topic of plagiarism, Chris Spence stepped down from his director job with the Toronto District School Board following a cut-n’-paste scandal last week. Now, he may have his doctorate from the University of Toronto rescinded as it appears he may have plagiarized that too. On Friday he released a statement committing to “fully cooperate with any possible inquiry.”

3. At the trial of college student James Holmes, who allegedly killed 12 moviegoers and shot dozens more at July’s premiere of The Dark Night in Aurora, Colorado, a woman named Misty Benjamin is showing up at hearings with hair dyed bright orange to match his. She told The Daily Mail that while “what he did was bad,” she doesn’t think he is a bad person. Here’s the really creepy part: “When I first saw him, I was physically attracted to him,” she said. “I thought, ‘oh crap. I think he is cute.'”

4. University of Toronto administrators and the University of Toronto Students’ Union “continue to debate the acceptable limits of free speech on campus in the aftermath of a lecture delivered in late November by Dr. Warren Farrell,” reports The Varsity. At the November lecture, a group of protestors blocked the entrance to the lecture hall where Farrell spoke on men’s issues. This was after the student union tried to have the speech shut down because they said he was “misogynistic and hateful.” The University of Toronto has reminded students that just because someone offends them it doesn’t mean they have the right to block his or her speech. Farrell was invited to campus by a student club called Men’s Issues Awareness at the University of Toronto that aims for “consciousness-raising, public education and efforts to change public policy.” Read more here.

5. Brett Wiese, a 21-year-old University of Calgary student,  lost his life trying to evict party crashers, according to his uncle. Kip Wiese told the Calgary Herald that his nephew was at a party where an unwanted group of people who had been evicted returned with knifes and stabbed two people. As of Sunday, several people were questioned by police in connection with this sad event.