How do you challenge an unfair mark?

When a professor holds your marks hostage 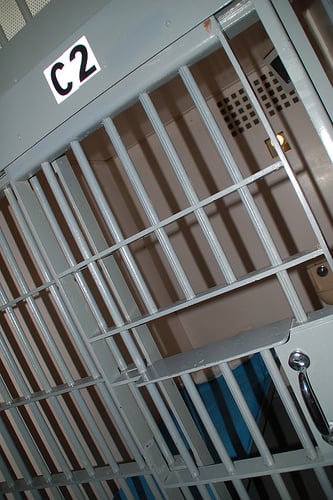 During my first semester of university, I met with one of my professors to discuss a mark. It wasn’t anything official. The midterm had been handed back to the class, and I was surprised and disappointed by my mark.

The last page of the test had been an open-ended, essay kind of question. I’d expected my answer to earn a higher mark, and I wanted to understand where I went wrong.

After re-reading my answer, the professor explained where I should have elaborated more. The meeting was very short, and my mark didn’t change in the end, but I thanked the professor for taking the time to meet with me. I now knew how I could do better on the final exam.

What I didn’t know at the time: I was lucky to leave that meeting with my marks unscathed.

It was only after the fact that I suddenly remembered that section in the course syllabus. The part that explains how, if a student asks for a mark to be reconsidered, the professor reserves the right to assign an even lower grade than the one you started with.

I’m not just talking about a university’s formal appeal procedure, where a student requests (through a department chair or a dean) a review of their grade. Many of the classes I’ve taken include an individual course policy, something along the lines of, “If you request for a paper or test to be re-graded, you can end up with an even lower grade than you started with.” Right. So in other words, “Buzz off.”

It just seems wrong. If someone believes they’ve been assigned an unfair mark, and they ask for their paper to get a second look, why should the professor be sneakily taking hostages?

I’m sure that most of the time, the professor can give a perfectly fair, logical defense for the mark they assigned. But what if they made a mistake? What if they’re wrong? What if you deserve a higher mark? If someone thinks their paper deserves a better mark, why should their marks be held at gunpoint?

If I tell a cashier in a store that I think they accidentally charged me too much, and then I turn out to be wrong, should they have a license to then punish me for being wrong? You know, grab my wallet and take a couple bucks?

After all, if the cashier turns out to be wrong, I don’t get to penalize them for their mistake. I don’t get an extra five dollars back in change.

Maybe some students aren’t reasonable when they challenge a mark. Or maybe the fear is that without the threat of a negative consequence for burdening the professor and/or TA with having to take a second look, there would be a flood of second-guessers.

But why create a policy that treats every student as a potential time-wasting cry ass?